John Abraham is back with another action film after Dishoom. The actor’s next power packed performance can be seen in his 2011 action film sequel Force. Force 2’s poster is out and John has got an even harder look here.

John Abraham has got all his serious roles this year. He has portrayed stern and never smiling characters in the series of action packed films. Consider his special appearance in Wazir or the recent Dishoom, the actor has been involved with guns rather than heroines. John is back with the action in Force 2, the sequel of his 2011 hit, Force.

First Look of "Force 2" Is Out 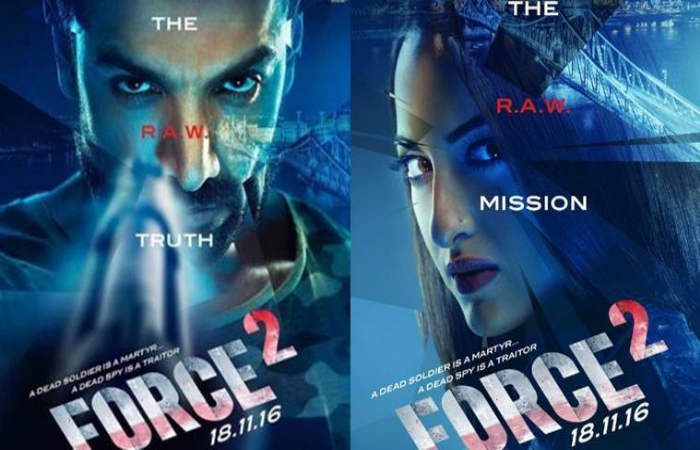 Force 2 retains John Abraham but replaces Genelia D’Souza, who was opposite to John in the prequel. This time Sonakshi Sinha will be playing a R.A.W. agent with John. She loves this role because of her new found action talent, which she would be showcasing in the film.

"At the narration, it felt like a two-hero film where the man and the woman were working towards the same cause together, and at par with each other. My nod was almost instant. It's balanced in that sense... John and I are equals in the film."

Sonakshi was also quite excited about her next action performance after Akira.

John Abraham lifted a 150 kg bike in Force and as John said, “He is tough. He is intense & he’s back in action with twice the force”, for Force 2, John would be lifting a Mercedes Benz weighing 1580 kg.

Priyanka Chopra,“Feels Blessed To Work with Blair & Ellis in Quantico”