Sona will be seen performing some martial stunts in the movie. The movie is directed by AR Murugadoss, film such as Aamir Khan’s ‘Gajani’ and Akshay Kumar’s Holiday: A Soldier Is Never off Duty. Hence, the movie Akira is a very big wait for Fans!
Akira is an Indian action drama with tag line “No one will be forgiven”.Sonakshi Shina will be spotted in all together in fully transformed character. The poster of the movie is out and it’s not revealing and facts rather creating more excitement for the movie to watch.

The movie ‘Akira’ is the remake of Tamil film Mouna Guru with Sonakshi Shina as lead role. The actress Sonakshi Shina is very much excited for her movie. In a couple of tweets, Sona wrote, “Because YOU and I both can’t wait to see how @ARMurugadoss has transformed me in #AKIRA… We are now releasing on September 2! Lights… Camera… ACTION! #Akira

The releasing date of the movie is also decided soon. The movie will be out in theaters on September2, 2016. 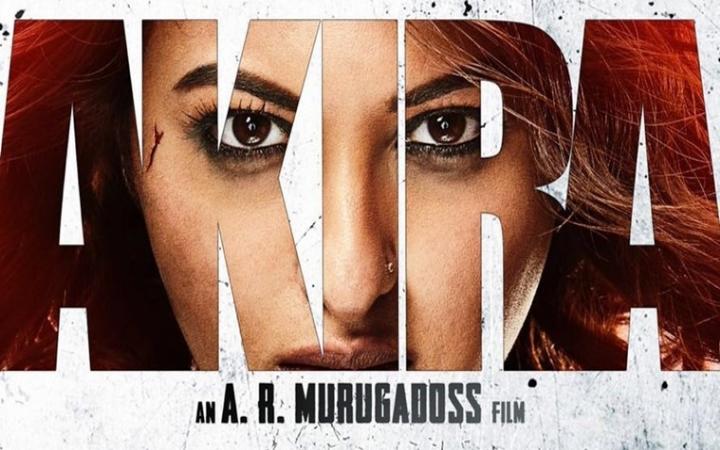 HR's Mohenjo Daro Trailer is Out And its Really Intriguing