After releasing a short teaser of the song tuning Bollywood hottie Tiger Shroff and Disha Patani for a musical single titled ‘Befikra’ in city of love Paris. Now the makers released the first look of the poster of the musical video featuring both the hot stars.

The poster is showing a good chemistry between Tiger Shroff and Disha lead pair. The lovely pair is dressed in white color. The track is composed by Meet Bros and produced by T series. Befikra has been much awaited since stud Tiger is posting its perks on social media. 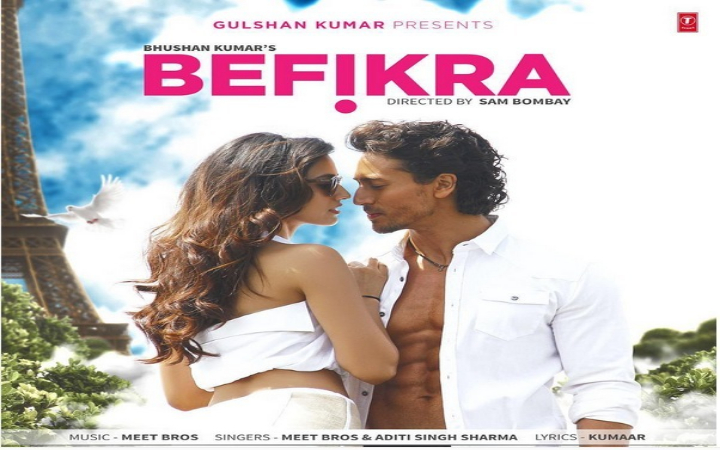 From the Buzz it is revealed that the actor showed his dancing talent before but this time Tiger Shroff will dance with his girlfriend Disha Patani. Excited! Tiger and Disha are dating each other almost a year and now it seems they are very much in love. Disha Patani is a model and actress, Disha is preparing her debut next to Hot Sushant Singh Rajput in M S Dhoni: A Story. A story by Neeraj Pandey.

Last week, Tiger had shared a clip from the rehearsals and wrote
“Happy feet rehearsals! Coming soon faster than we can dance @sambombay.”