Abhishek Kapoor’s forthcoming Bollywood movie ‘Fitoor’ was long been into headlines down to its changing cast.

How Aditya Got Roped In for ‘Fitoor’

The adaptation of Charles Dickens’ from novel Great Expectations, at first had Kai Po Che actor, Sushant Singh Rajput as the male protagonist of the film, which apparently backed out for unidentified reasons. However, now the shooting of the film has eventually started and the actor who got roped in for the lead role of Firdaus is, Aditya Roy Kapur.

You may also like: Shocking! Katrina Kaif’s Poster in the Living Room of Aditya Kapoor

According to the sources, Aditya has started the shooting of Fitoor lately. The film which was later decided to get shot in Mumbai, prior to floods in Srinagar, has kick started at its intended location Srinagar. 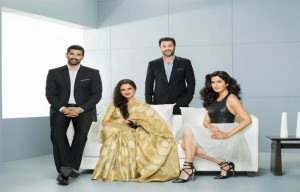 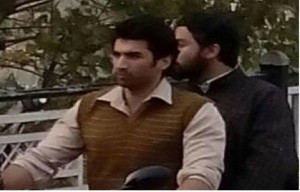 Read What The Director of ‘Fitoor’ Has To Say?

"Kashmir is an integral part of the film. We have kicked off the shoot with Aditya here. The first day happened to be his birthday and that makes it an auspicious start. Rekhaji and Katrina will join us shortly. Autumn is gorgeous here and we are hoping to have a great first schedule" said Abhishek.

"Kashmir has been my muse, it's synonymous with love and symbolises the many facets of the ever-changing emotion. The breathtaking beauty of the Valley will help bring out the nuances in the story as it intertwines with the plot to form the perfect backdrop."