Maggi is one of the top most products which is liked by every age group people. It is an international brand owned by Nestle since 1947, the original company was founded in Switzerland in 1872 by Julius Maggi. India contributes total 60% of Maggi's worldwide sales.

Maggi is facing legal trouble these days. Recently a test was done on this food item and “very high quantities” of lead approx 17.2 parts per million is founded in the sample test, according to the report of UP authorities.

From a decade lots of Bollywood celebrities endorse this product, in this Maggie row Bollywood actors Amitabh Bachchan, Madhuri Dixit and Priety Zinta are the brand ambassadors of this food product. Advertising this product become big trouble for all this celebrities, as a district court has ordered the authorities to file the FIR against the trio and arrest them if needed. This news brings a big shock to all of their fans. 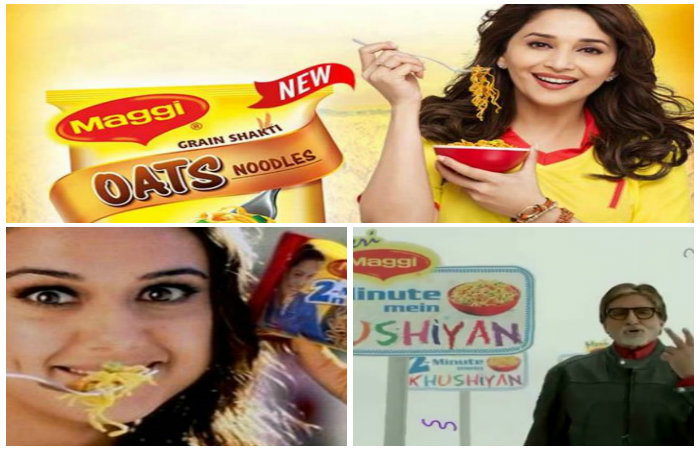 Compliant agent two Nestle officials and this three Bollywood celebrities is fielded by a lawyer Sudhir Kumar Ojha, as he is continually fell ill after he ate a packet of Maggie. The case was filed under the malignant act of IPC section 270 and section 273 for sale of noxious food or drink. If all celebs found responsible then they may be arrested.

But a big question arrives, is it right to blame or arrest Amitabh Bachchan, Madhuri Dixit and Priety Zinta for this Maggi Controversy? Let’s wait and finger cross for best until the decision of the court not comes.

Alia Bhatt Ready to Move in Her Own House