The Pakistani actor Fawad Khan have became very popular among the Indian spectators and even have received so many film offers, after his Bollywood debut with Khoobsurat alongside Fashionista ‘Sonam Kapoor’. The actor also bagged an award for the best debut male in the industry.

If rumors are to be believed, then it would be very interesting to watch Fawad Khan and Aishwarya Rai’s on-screen chemistry in 'Ae Dil Hai Mushkil'.

You may also like: Checkout Why Aishwarya Rai Bachchan, Glad to be a Part of Jazbaa? 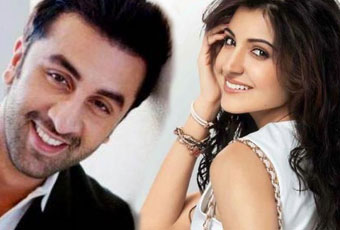 The Karan Johar's directorial venture is a love story that deals with relationships and love, the film also features Ranbir Kapoor and Anushka Sharma in lead roles.

Karan Johar stated- "It's a film that dwells deeply on relationships, heartbreaks and how love completes you, defines you and yet leaves you wanting for more. I have never had, in my entire career, a film that has come to me so fast, so organically and so from within."

The forthcoming movie ‘Ae Dil Hai Mushkil’ would release on 3rd June in year 2016. The love story is expected to be shot in Paris, New York and also in capital (Delhi).