The most liked action movie Fast and Furious 7 is ready to hit silver screen in India this year, on 2nd April. As per the reports, the action thriller movie would release in multiple languages like Hindi, Telugu, Tamil and English.

Fast And Furious 7 -The Last Film of Actor Paul Walker

Furious 7 will be the last film of the actor Paul Walker because the actor died on 30th Nov 2013 after completing half part of the movie. The movie was then postponed and Paul’s Brother Cody and Caleb Walker did the remaining scenes of the movie. 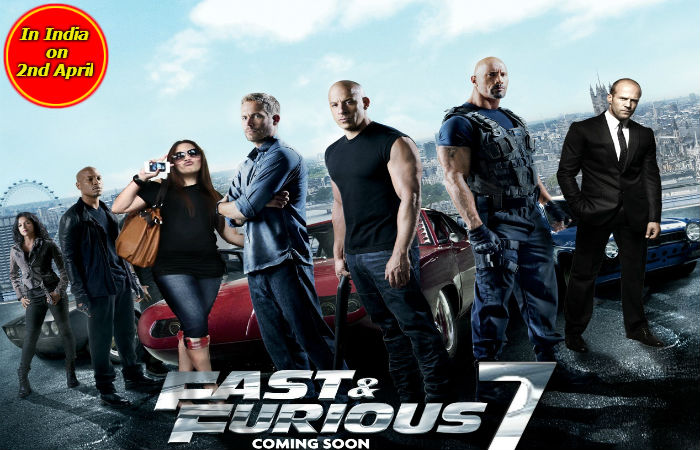 You may also like: Ali Fazal will Make his Occurrence Felt in ‘Furious 7’

For Paul Walker’s fan club, the movie Fast and Furious 7 will be a memorable treat, as they would see him in the role of Brian O’Conner for the last in the Hollywood movie.

The movie is directed by James Wan and was penned by Chris Morgan. The franchise of action movie Fast and Furious 7 also features international action stars such as Tony Jaa, Nathalie Emmanuel, Djimon Hounsou, Kurt Russell, and Ronda Rousey.

Director James Wan said that - “When you’re making a bigger movie you have much bigger set pieces that require more time and more effort and more people. But I think the final product will surprise a lot of people. It’s the hardest film I’ve ever had to make but it’s also the one I’m proudest of.”

James added in his statement -“It’s the hardest film I’ve ever had to make but it’s also the one I’m proudest of. I’m really proud of this film.”

Get more updates about Fast and Furious 7 movie from Hollywood News.
Prev article