A versatile cinema personality who not only excelled as a film actor, but also as a great screenwriter, comedian, and director, Kader Khan passed away on 31 December 2018. For quite some time, he had been battling age-related ailments but still lived a great span of 81 years. He was known for his impeccable comic timing in films. 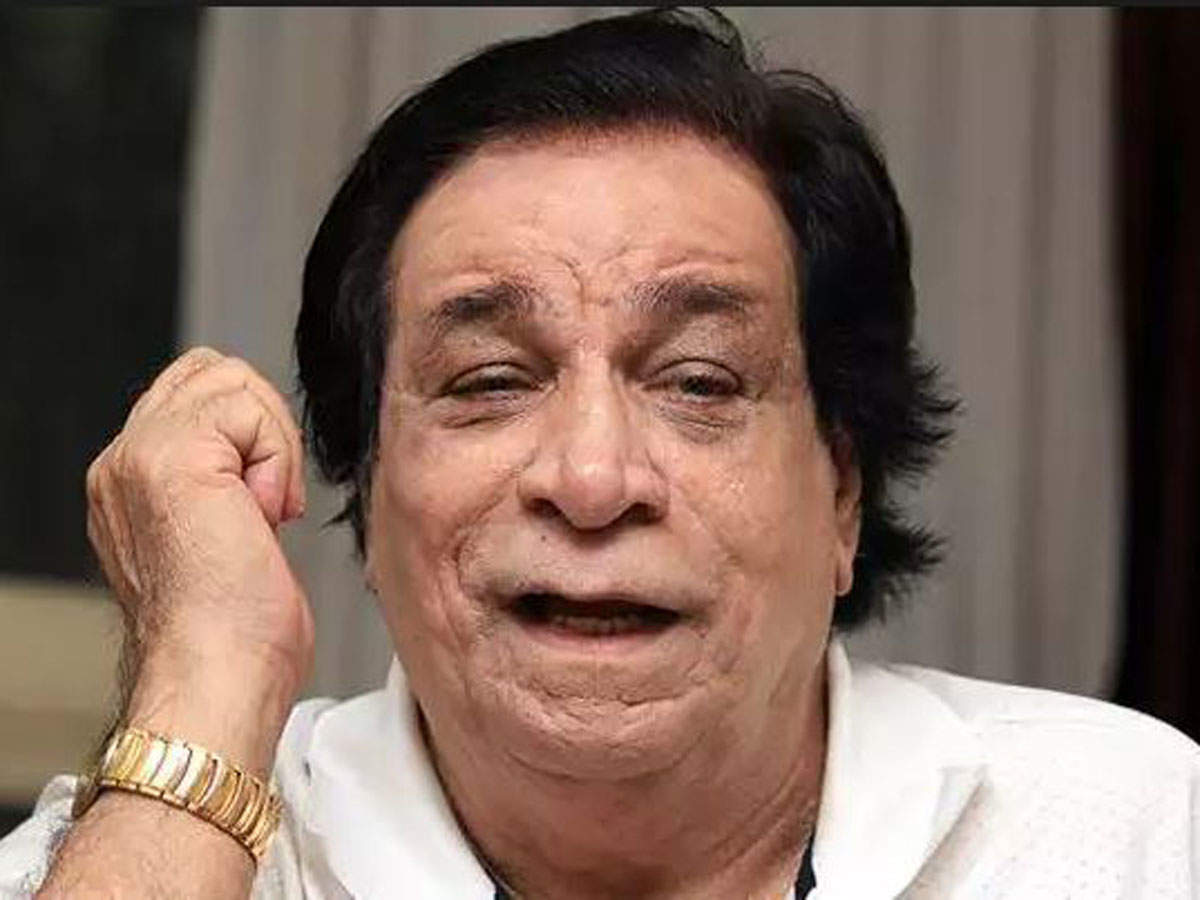 According to reports, Kader Khan was suffering from a degenerative disease Progressive Supranuclear Palsy which causes loss of balance, difficulty in walking and dementia. The actor was moved from a normal ventilator to a BiPAP ventilator last week. This BiPAP ventilator involves the person breathing pressurized air through a mask attached to a small machine. Kader Khan was also suffering from pneumonia and had been complaining of breathlessness for quite some time.

He had played many supporting roles as a father, brother, uncle, guest actor, main villain or the side villain as well as a comedian. As he established his versatility in acting, the period of 1982 to 2005 is considered to be peak time of his career. After his debut film in the 1973 film Daag, he appeared in near about 300 films as an actor.

Kader Khan has been part of many blockbusters such as Naseeb, Amar Akbar Anthony, Khoon Bhari Maang, Bol Radha Bol, Main Khiladi Tu Anari, Biwi Ho To Aisi, Judwaa, Dulhe Raja and Haseena Maan Jayegi and many more. He has served as a great actor to Bollywood Industry. A Bollywood dramedy film directed by Fauzia Arshi and produced by Santosh Bhartiya “Dimaag Ka Dahi” was one of his last few films he did in the year 2015.

From the moment we all got the news of the demise of veteran actor-comedian in Canada, many fans and celebrities have been mourning the death of Kader Khan.

"Kader Khan ji brightened the screen with his stupendous acting skills and lightened it thanks to his unique sense of humour. He was also a prolific screenwriter, associated with many memorable films. Saddened by his demise. Condolences to his family and admirers."

"T 3045 - Kadar Khan passes away .. sad depressing news .. my prayers and condolences .. a brilliant stage artist a most compassionate and accomplished talent on film .. a writer of eminence ; in most of my very successful films .. a delightful company .. and a mathematician !!.."

“RIP Kader Khan Saab. He was not just my “ustaad” but a father figure to me, his midas touch and his aura made every actor he worked with a superstar. The entire film industry and my family deeply mourns this loss and we cannot express the sorrow in words. #ripkaderkhansaab.”

“#kaderkhan you shall be missed . No one had the humour wit and presence on screen like you did, from Aatish ,gharwali baharwali,to Dulhe Raja ,wah tera kya kehna to Bade Miyan Chote Miya.you leave treasured memories kader bhai ,. ?...??? condolences to the family .”

“Saddened to learn about the demise of #KaderKhan Saab, had the good fortune of working with him in quite a few films...a fine actor and an even better comedian. My thoughts and prayers with his family ??”

“#KaderKhan Saab was one of the finest actors of our country. It was a joy and a learning experience to be on the sets with him. His improvisational skills were phenomenal. His humour was eternal and original. He was a wonderful writer. We will miss him & his brilliance.??”

“What a sad note the New Year has started with our friend, colleague, actor #KaderKhan's demise. He was a multi talented personality, par excellence actor of the masses, a theater actor, dialogue & screenwriter, comedian....donning several caps superbly. I was fortunate to have worked with him in several movies the late & great #ManmohanDesai's 'Naseeb', ''Jwala Mukhi', & 'Khoon Bhari Maang' to name a few. Starting from humble beginnings his success story is creditable & remarkable. He was a master of timings & one of finest human beings the film industry has known. You will continue to live in our hearts forever through your craft. You are truly missed. Rest in peace #KaderKhan”

Case Filed Against Anupam & Akshaye for “The Accidental Prime Minister”