2nd February 2015 episode of ‘Sasural Simar Ka’ was very scary. Fake Roli (Sara Khan) was in front of Vashnavi. Vashnavi was dazed. She was on a conference call with Amar, Simar (Deepika Samson) and Mataji. Amar asked her on the phone that could she hear them or not? On the other side, fake Roli asked her that with whom she is talking? She threw her phone on the floor.

Fake Roli Petrify Vashnavi That Her Death is Near

Vashnavi said she knows that her end is near, but before she dies, she wanna do pooja once. Fake Roli (Sara Khan)  said yes yes she will give her time. But only if she will tell her the names, who knows her truth, then her death will be easy. Vash asked her to do the pooja? Fake Roli said yes go ahead.

You may also like: OMG! Fake Roli Gets Slaps by Mataji in ‘Sasural Simar Ka’ 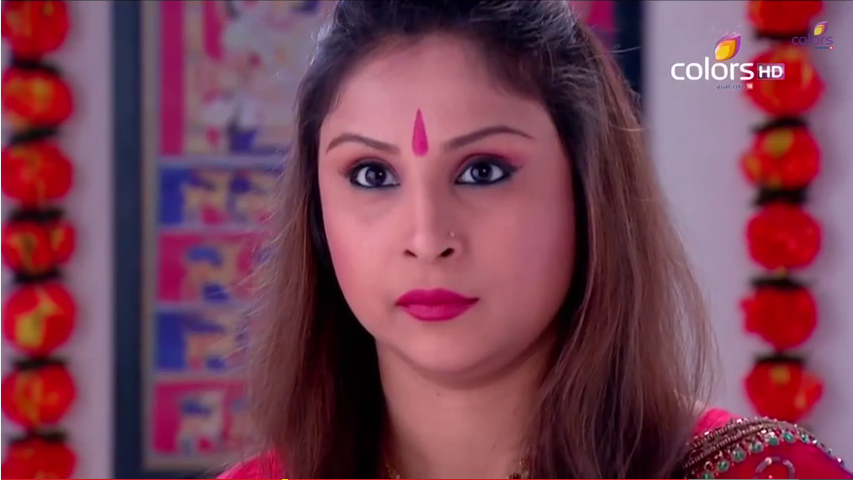 The Bhardwaj house’s scenario was also different. Shruti (Avika Gor) felt that she saw the Bhardwaj temple somewhere before. Jhanvi and Pari got angry at her. They told Shruti to stop her drama and leave their house. Shruti said to God that they know everything and she is not playing games with Bhardwaj family.

Amar and Simar were ready to go to Vashnavi’s place. Mataji went to mandir praying for her children’s. Vash was still praying. Simar and Amar reached Vash’s house. Simar asked God to give her strength.

Sid says Shruti to reveal the truth about her. Shruti says she is not playing games with her family and she is also not there for money. Sid tells her to stop her drama. Suddenly, Shruti recall the previous things and falls down on floor.

Karan Johar Indefinitely Shelves ‘No Sex Please, We Are Indians’