The episode aired on 29 January 2015, started with a tight slap! Yes, Mataji slapped fake Roli in front of everyone (Sara Khan). Everyone was stunned to see that. Mataji told her that how she dared to talk about leaving the house and she will throw her out of the house, if she would again say the same. She continued that now she has to take a strong step to save her family.

You may also like: Sasural Simar Ka: Simar Feels Guilty After Hitting her Daughter

Mataji told Vashnavi that her family is going through an array of problems and the girl Shruti (Avika Gor), who told her all the things that she is our real Roli and all bullshit, was absolutely wrong. She was Jhumki, who wants to take revenge from her family. Simar (Deepika Samson) joined Mataji and held Vashnavi’s hand. Vashnavi understood the entire scenario; she said she didn’t knew about the previous things, which happen to you and your family. Vashnavi said that Shruti repeatedly told her that she is the real Roli, that’s why she came here to clear out the things. After saying all this, she left the house.

Mataji Is Going to the Cops for Further Inquiry of Shruti 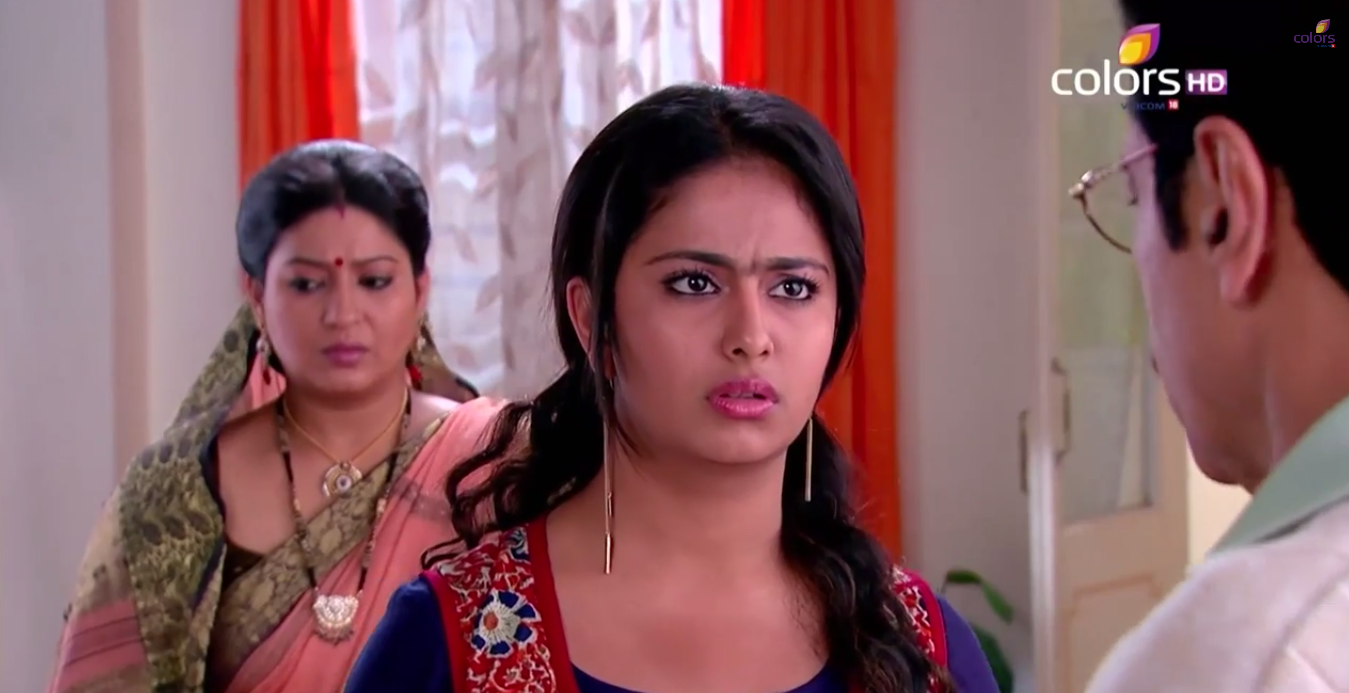 Mataji asked Rajhinder to call the ACP. Fake Roli became worried and started thinking that if the cops will come then what will happen to Shruti’s parents, the truth might get reveled. Suddenly, she said Simar to stop Mataji.

Mataji came to Simar and fake Roli and said, don’t worry, the truth will come in front of everyone soon. She said she is going to the cops right now. Prem (Dheeraj Dhooper) said that he will come with her. Mataji said no, she will solve this problem herself, thus she wants to go alone, and she left.

Shruti will come to Bhardwaj house with a lady. Everyone would get scared. Sujata will ask her that, what they are doing here. Mataji will tell them that, until the matter will be solve, they will stay with them.