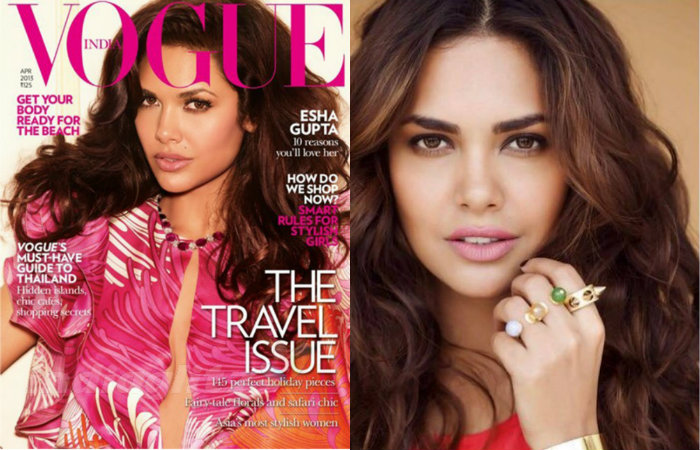 Esha Gupta is famous in the Bollywood industry for her roles in the hit movies like Jannat 2 and Raaz 3D and she was last seen in a guest appearance in 2014’s Akshay Kumar starrer movie ‘Baby’.

You may also like: Stardust Magazine- Varun Dhawan’s Shirtless look!

The actress Esha Gupta wore a blue colored dress on the cover of Women’s Health India Magazine. We all look forward in the future to see more hot and sexy stuff coming from the actress side.

Get more updates about magazine covers from Bollywood News.