Over the time Ekta Kapoor’s much popular Star Plus show ‘Yeh hai mohabbatein’ has earned a lot of popularity and fame amongst the Indian daily soap fans. People of all age groups simply love Ishita (Divyanka Tripathi), Raman and adorable Ruhi.

The show is raising high on TRPs with every passing episode and holding second place in the TRP chart. Lately a rumor amid the show, which said Ekta Kpoor’s ‘Yeh Hai Mohabbatein’ is going off air, became the cause of uproar amongst the fans!

The much-loved daily soap, ‘Yeh Hai Mohabbatein’ recently finished a year of its journey. Amid the grand celebration of the show, a new channel reported that the Balaji Telefilms’ show is about to go off air soon and would make a re-entry with the season 2 of the show. 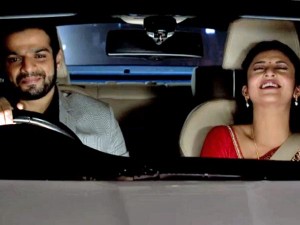 This was enough to create hullabaloo amongst the fans of the show, however off late, Ali Gony (Rommy) as well as the producer of the show, Ekta Kapoor rubbished all the rumors of the show going off air.

Ekta Kapoor Rubbishes the Rumors of YHM Putting To an End

Daily soap queen Ekta Kapoor and Ali Gony took it to tweeter asserting that the rumors of the show going off air are all non-sense and ensured the fans that the show isn’t going anywhere it will remain entertaining the fans.

Chill guys its just a rumour we are not going anywhere. We r still with u and inshallah will stay longer.. love u all”