According to reports, the famous British singer and song writer Ed Sheeran is agreed to make his Bollywood debut with the sequel of 2014 super hit movie ’Happy New Year’. 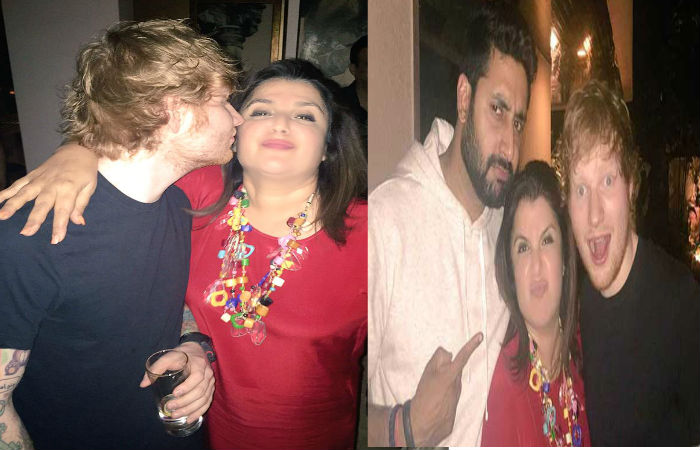 The party was thrown by Bachchan family for the singer and song writer Ed Sheeran at Juhu residence of Abhishek Bachchan in Mumbai after the success of his concert. The singer was welcomed to India for Mahalaxmi Race Course concert.

You may also like: Exclusive! Anil Kapoor’s First Look from Dil Dhadakne Do Unveiled

At the concert Ed Sheeran played his top songs and enthralled his fans. And now the British singer is all set to made a debut with the sequel of super hit Bollywood movie.

Well there is no confirmation about the making of Happy New Year sequel, from the singer Ed Sheeran side as well as from the director Farah Khan’s side.

Checkout what the choreographer turned director Farah stated about Ed-

"It was a surprise when my cousin Zubin called me from London to say that Ed Sheeran was going to be in town and wanted to meet up with me and my Bollywood friends. It was very gracious of Abhishek to let me bring Ed and his team to his home for a party," Farah adds, "Not only did Ed hit it off with Abhishek, but before I left, they both also decided that Ed would act in Happy New Year 2."

Get more updates about this from Bollywood News.