Paresh Rawal’s another social satire Dharam Sankat Mein movie released in theaters on April 10. The film kicked off at the box office with a very slow pace on first day of its release. The major cause of the letdown of the film seems to be its poor publicity and apparently the storyline that audiences have earlier witnessed.

As much as the Dharam Sankat Mein box office collection on the first day is concerned, it turned out to be approx 1.30 crores, sadly. On the second day of its release, the film didn’t showed any remarkable progress and garnered around 1.80 crores at the box office. 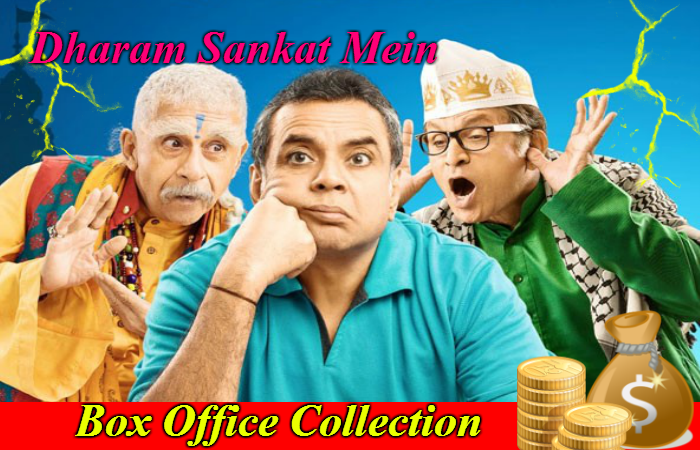 The story of the film revolves around the much-discussed topic of hypocrisy in the name of religion, furthermore it slots in a veteran star cast including Annu Kapoor and Nasseruddin Shah with Paresh Rawal. However, it still missed out to make an impact at the audiences and the box office as well.

Paresh Rawal plays the role of Dharampal in the film, who after spending half his life as a Hindu comes to know that he was born in a Muslim family. In so far as the acting of Paresh Rawat is concerned, he did a praiseworthy job.

On its third day, box office collection of the film was approx 1.46 crore. Collective 1st weekend Dharam Sankat Mein collection came out to be 4-5 crores.