Deepika Padukone is one of the most demanded celebrities of the B-Town currently. Her last film 'Piku' was immensely loved by the audience and dimpled beauty proved it once again that she loves to experiment with her roles. Recently she completed her shooting of Sanjay Leele Bhansali’s Bajirao Mastani. Now the latest news is that the Piku actress has refused to work in YRF’s Dhoom 4.

Surely, Deepika Padukone is missing the opportunity to work with the hottest star of the B-town. If she would have accepted the offer to work with Hrithk Roshan, it would be the first time the fans will see them together on big screen. 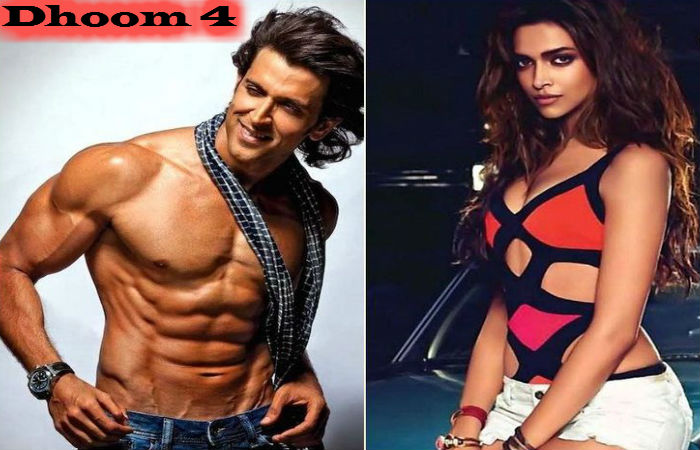 The Dhoom series movies are famous for their impressive direction and super villains of the movie. John Abraham, Hrithik Roshan and Aamir Khan have given remarkable performance in last three series of the movie. But there is no official announcement made so far about the cast of Dhoom 4.

It is not confirmed that Deepika and Hrithik will share screen or not? Hrithik Roshan has a lot of project lined up for 2015. The actor is currently working in Aushutosh Gowarikers ‘Mohenjo Daro’ is also reportedly going to be seen in 'Dhoom 4'. Talking about Dhoom 3 it had created new box office records after smashing collection figures worldwide. See Related News Here
Prev article

Hrithik Roshan Wins the Poll to Move in For Mega Corp