As everyone was already charmed with the trailer and the songs of the flick, it won't be wrong to say the movie did the same.

Yes, the flick successfully engaged the audience in its fun ride with the trail of catchy and epic dialogues. The movie opens as a 26-year-old hottie Aisha (Rakul Preet) enters a bachelor's party (uninvited) acting to be a stripper. But the moment she sets her hands on the groom, they are busted by the friends of the bride and bride itself. Further to this chaos, she gets drunk and wakes up in the groom's 50-year-old friend Ashish’s (Ajay Devgn) guestroom. And, this is how Ashish and Aisha meet for the first time. 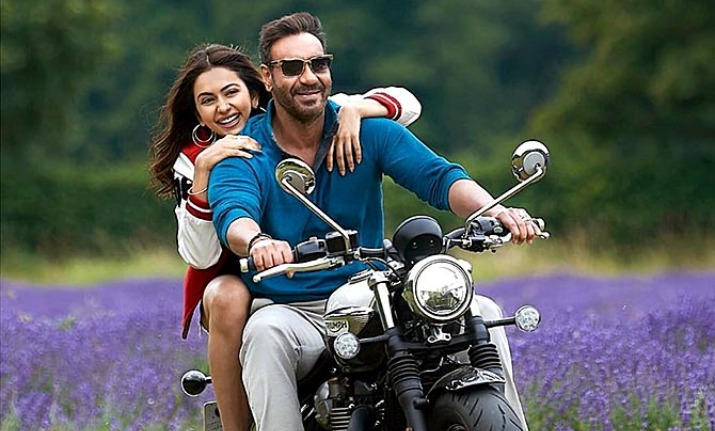 Well, De De Pyaar is a love triangle in urban style where sophistication doesn't stand for much time. Yes, the movie revolves around a 26-year-old engineer, who moonlights as a bartender on weekends and London-based 50-year-old investment broker. Akiv Ali's directorial debut revolves around their relationship with much-evident age gap which keeps them away for a while, but soon they give in to the temptation, and the rest, is a pretty painful chapter of it.

The moment they decide to be together, Ashish takes a step to make Aisha meet his ex-wife Manju (Tabu) and his two kids [who are almost the same age as Aisha] in India. So, when he tries to seek approval from his estranged family, all hell breaks loose. 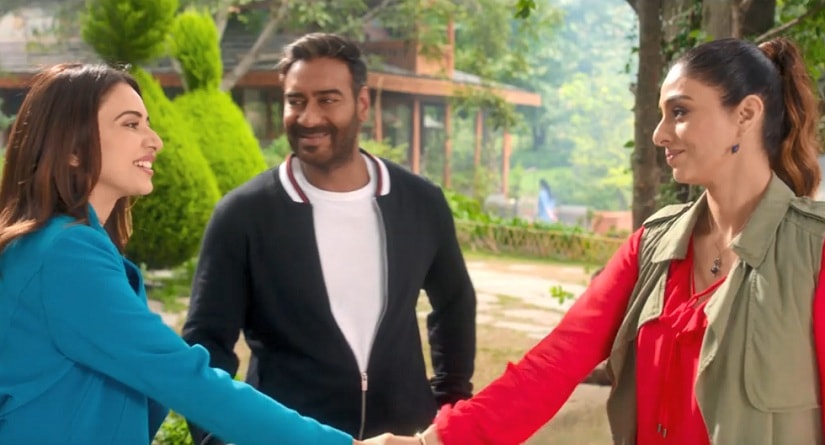 For the most part, the flick remains light and fluffy with awkward situations and disputes in the second half. Also, it can be seen in the flick that director Akiv Ali tries a lot to strike a balance between age-old moralistic values and modern thinking. Amon some conflicts, characters like Jimmy Shergill do add noise and confusion. And these moments create some memorable laugh out loud moments for the audience.

Most importantly, Akiv Ali (Director) film’s did leave a great impact on the audience. Must say that he surely deserves the credit as a debut director. Also, he made sure that one doesn't lose the interest and also doesn't lose the smile on their face. The story keeps you engaged for 120 minutes and especially the last scene of the film hits the tempo along with an interesting hint on the sequel. 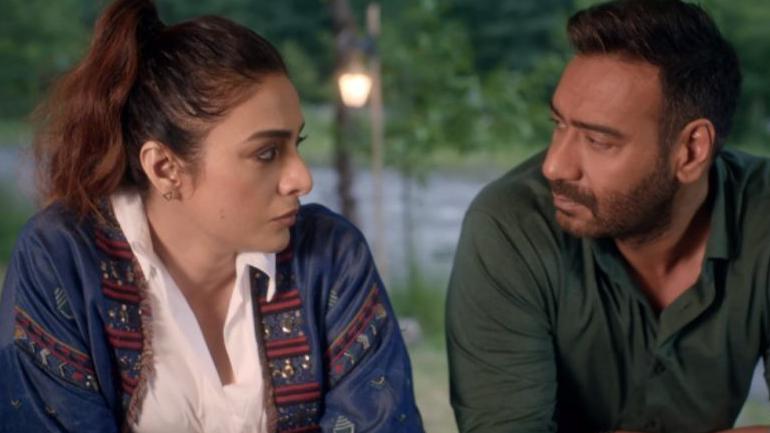 One more applaudable thing movie depicts is that it handles a few touchy topics maturely such as live-ins, divorce, and age-inappropriate romance without getting too insolent. Thankfully, the movie wrapped up with a slightly unpredictable climax reducing the melodrama.

One of the movie critics Taran Adarsh took to Twitter and wrote the movie review,

All we can say is ‘De De Pyaar De’ is a fun ride; surely watchable (at least one time) for the couples, youth, and family.

Check Out the Reviews of #Shikara, #Hacked & #Malang Here!

#Chhapaak vs. #Tanhaji Both Movies Deserve to Be Watched in Theater Only

‘Zinda’: This Theme Song of the Movie ‘Bharat’ is the Best One Till Now