Reportedly, the famous actors Sanjay Dutt’s furlough extension request has been rejected by the Supreme Court. The actor was released from the Yerwada Jail for a 14-day furlough on 24th December 2014.

The 55-year-old Bollywood actor ‘Sanjay Dutt’ is in Yerwada jail serving his remaining verdict for illegally possessing an AK-56 rifle and destroying it before 1993 Mumbai serial blasts. Earlier ‘Munna bhai’ had served 18 months in prison and is now serving his remaining 42-month’s verdict in Pune’s Jail.

Munna Bhai Requested for Furlough Extension So Many Times 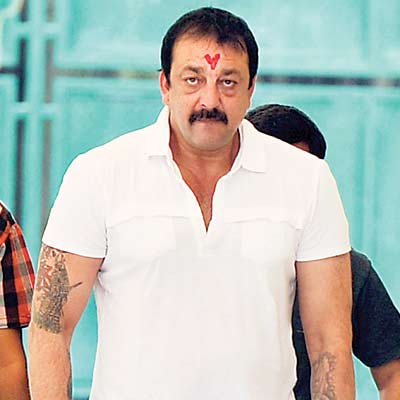 The actor ‘munna bhai had requested for a furlough in order to celebrate New Year with his family and on Thursday the leave was to end, however he now asked for a furlough extension, according to a report.

You may also like: Big B ‘Amitabh Bachchan’ to Depict Sanjay Dutt’s Father in Biopic

Is Sanjay Dutt Taking Advantage Of his Prestigious Image?

Frequent sought for furlough on parole has triggered controversies, and people feel that Sanjay is taking advantages of being a prestigious Bollywood superstar. Apparently due to the reason his request for 14-days furlough extension has been rejected.

Get more updates about Sanjay Dutt from Bollywood News.

Diya Aur Baati Hum: Suraj and Sandhya Ignoring Each Other