Recently, the broadcasting of Oscars 2019 ceremony happened everywhere. Similarly, in China, a Chinese Internet enterprise "Mango TV" operated by mgtv.com Corporation also aired the same. However, one weird thing happened there that while televising the ceremony, they not only blurred the face of Lady Gaga but also deleted her performance of Oscar-winning song Shallow.

The 32-year-old who was the talk of this year’s Oscars had performed the track as an intensely emotional duet in the undeniably creative chemistry with Bradley Cooper co-star from A Star Is Born, but many audiences in China didn’t see her at all during the ceremony.

Look at the Performance Video Here:

However, this vigorously beautiful flash was completely out from Mango TV’s broadcast, highlighting suspicion that the actor and singer had been banned by Beijing.

Those screenshots revealed how Gaga’s face had been obscured out with a square during the ceremony, while other actors such as Glenn Close, Olivia Colman, Melissa McCarthy, and Yalitza Aparicio remained on screen in the Best Actress category. 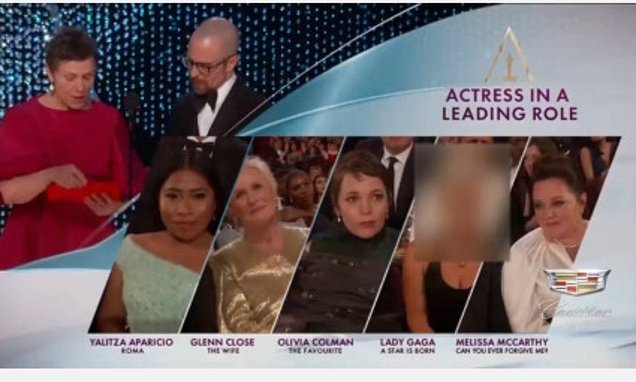 The original one is: 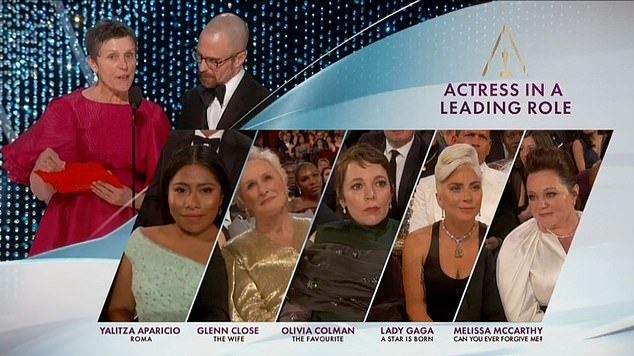 However, Mango TV has not issued any statement yet that why they had deliberately deleted Lady Gaga, but many Chinese web users considered that it could be linked to an alleged ban from Beijing against Lady Gaga following her meeting with Dalai Lama at a conference in the United States in 2016.

Earlier, it was reported once that China restricted media companies from uploading or televising the celebrity's songs after she showed her support to Dalai Lama, the spiritual leader of Tibet, whom China marks as a separatist. 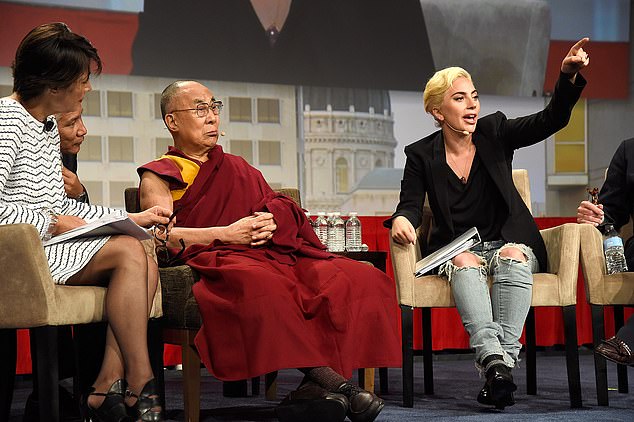 Even many Chinese internet users posted angry comments on Gaga’s social media accounts after she posted pictures of the meeting with Lama.

Well, now several fans of Gaga ask Mango TV and Hunan Television to apologize or explain themselves to the disappointed Chinese fans over obscuring Gaga from the show.

Also, ‘HeyWarWars,’ a music critic, penned to her 2.8 Million followers,

“The way Mango TV handled the matter was more than disrespectful. Hope they can give a respond to the fans.”

Along with him, many fans of Gaga reacted with outrage at this clearly ‘disrespectful’ gesture on social media.

“Chinese monsters are sad about that ? btw stream shallow plz!”

Perhaps, this wasn’t the only part that didn’t broadcast on Mango TV. They also altered Rami Malek’s Best Actor acceptance speech to cut his description of Freddie Mercury as a ‘gay man.’

Malek said in the speech,

“We made a film about a gay man, an immigrant, who lived his life unapologetically himself.”