Technology plays a vital role in our lives and that too in many ways. And the excellent example we are witnessing nowadays is in the film industry.

And, Hollywood has come a long way in technology usage. Yes, not only movies but also TV shows capture our imaginations with certain special effects.

The usage of these incredible effects while watching the film transport us to a different place. But have you ever thought what it looked like actually creating these scenes? All we knew is The Hulk relies on CGI and green screens, but what if we tell ‘how it works’ to you? Scroll down to look at these behind-the-scenes pictures of your favorite Hollywood movies and work. 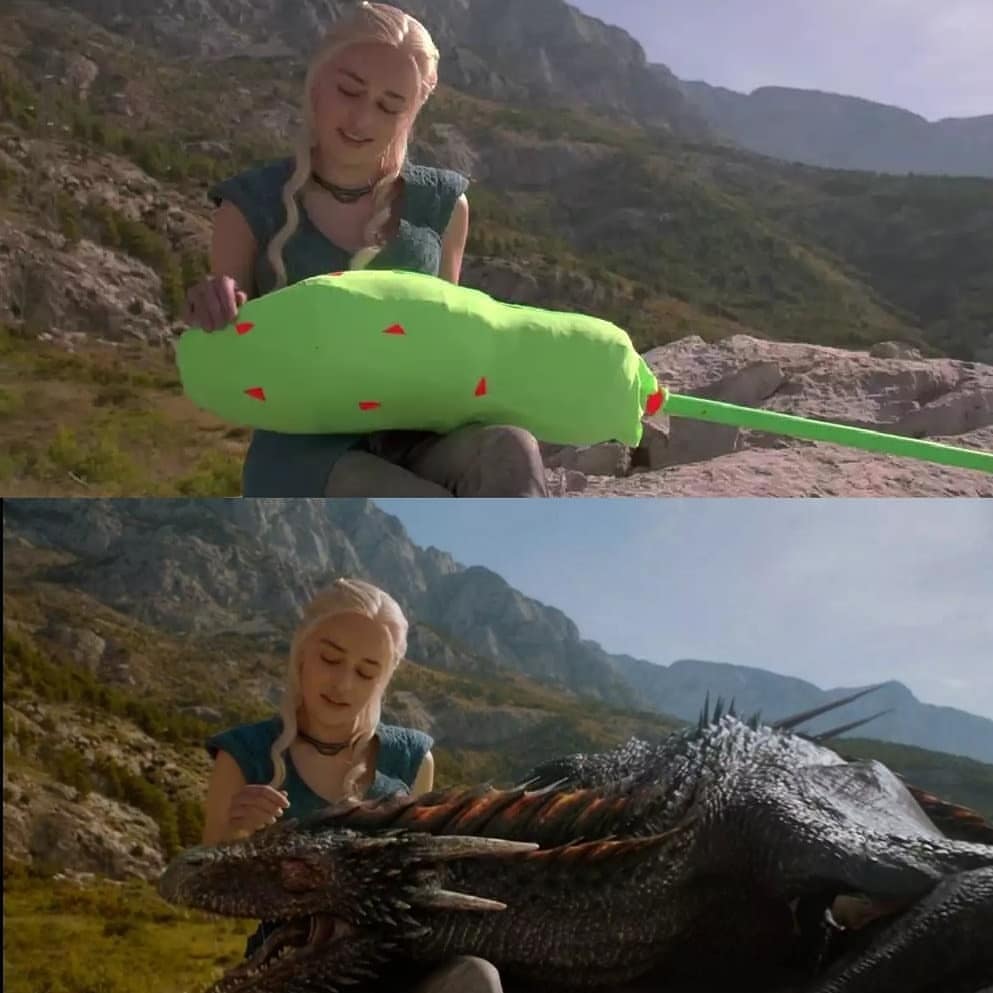 We all know that it is not the real dragon while watching Game of Thrones, but it is also true that anyone expected something a little more intimidating to be a dragon. But wow what a great usage of CGI that a stick wrapped up with some green fabric stick is looking like a terrifying beast. Not bad! 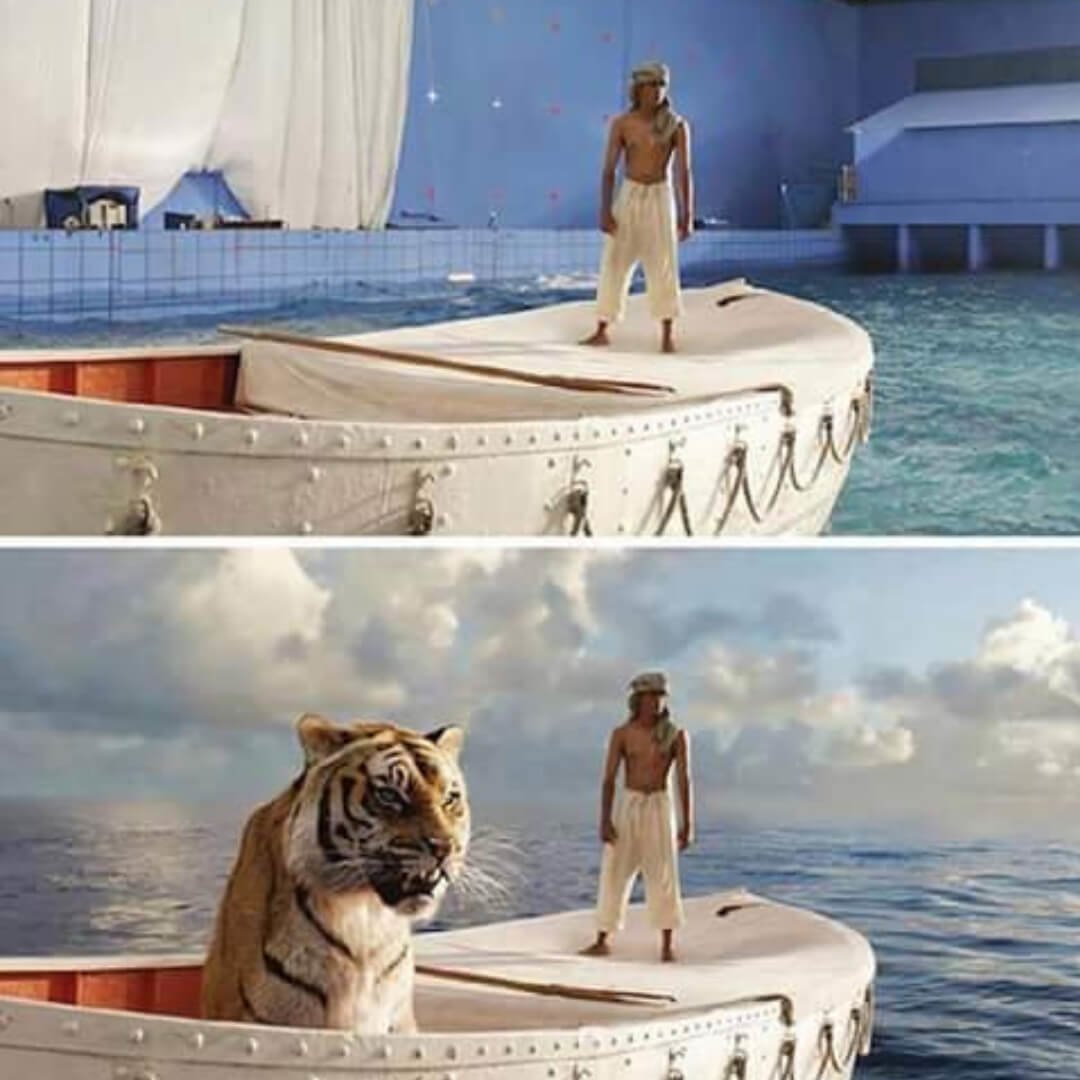 None of us ever believed that the tiger in Life of Pi was real, but still, it’s little disheartening to see the truth. Must say, it’s cool to see that the directors had Suraj Sharma acting and floating on water, despite the CGI and special effects.

3. Harry Potter And The Order Of The Phoenix 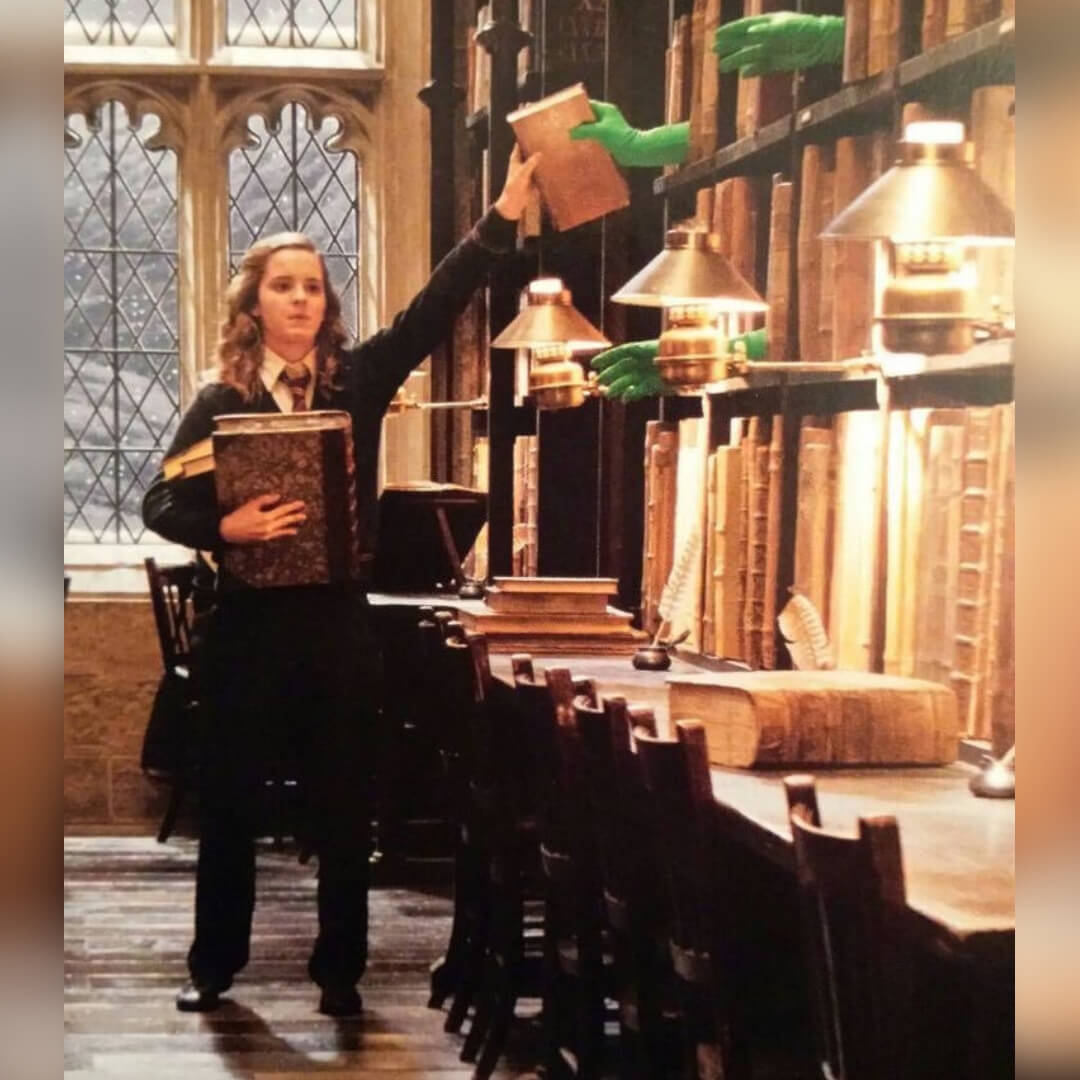 Oops! This image broke the myth that the wizarding world of Harry Potter was a real place. Must say these green screen hands were the magical creatures that live in the library. 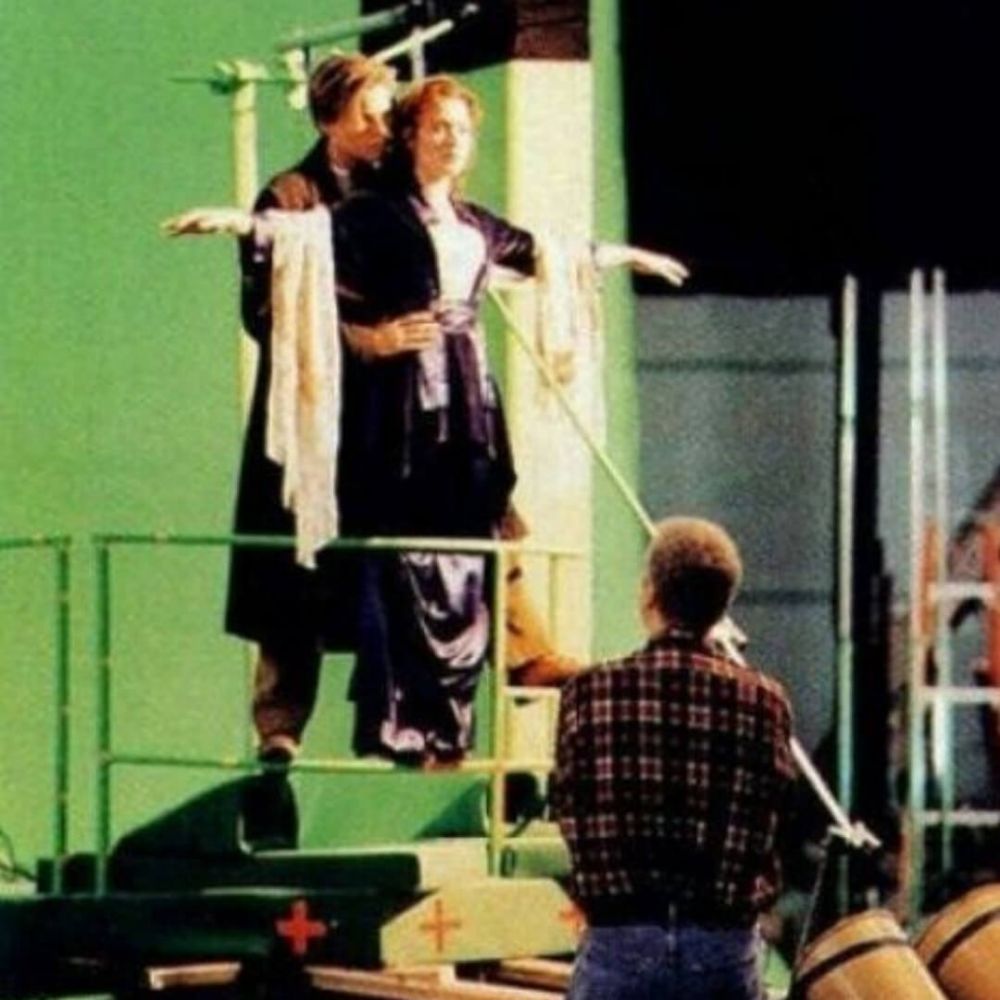 Who knew that even this scene of Titanic was completed with the help of a green screen? But it did! 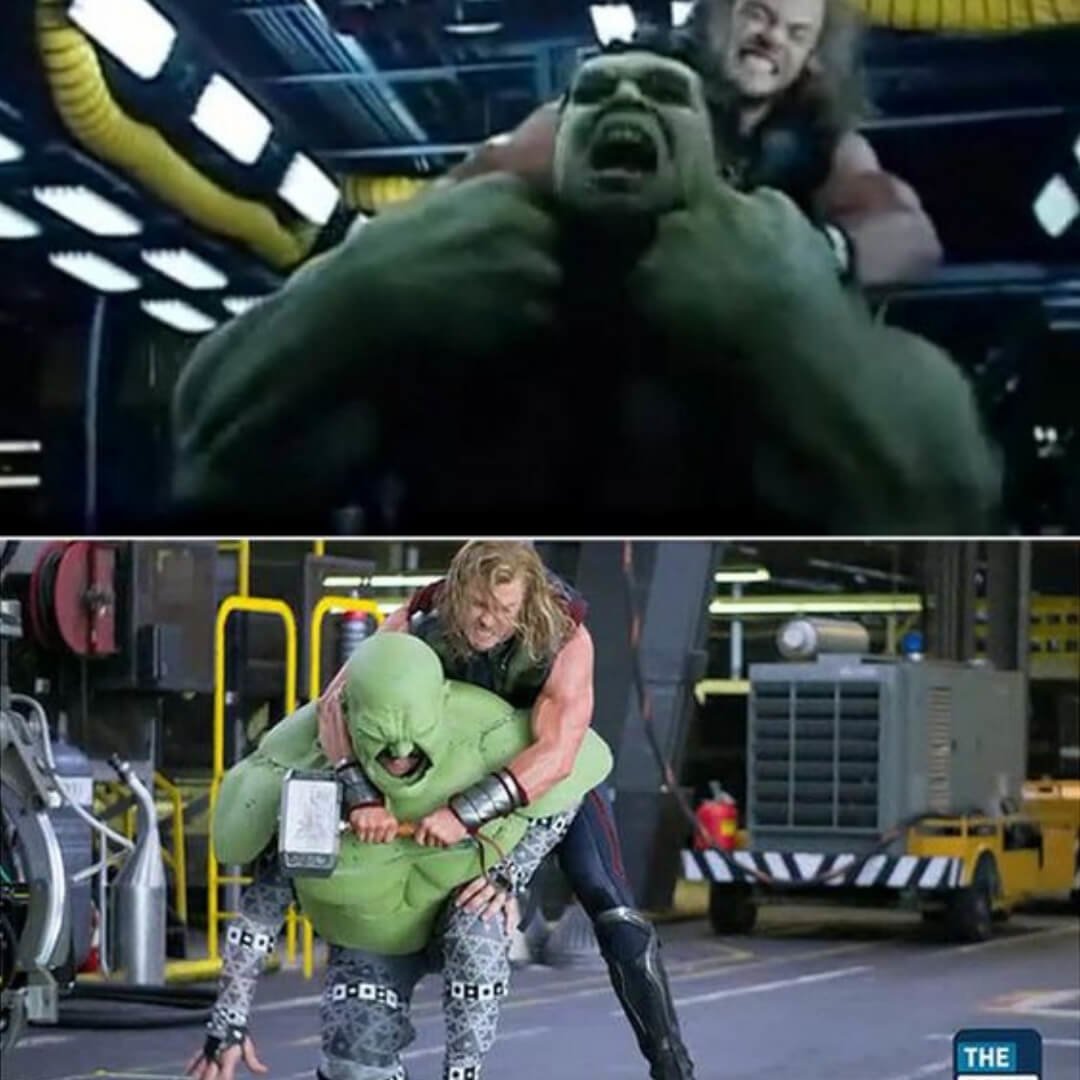 We should never forget that Mark Ruffalo is the man behind the CGI Hulk too. It's amazing that how one quick outfit changes into a CGI-suit and also he was ready to take on Chris Hemsworth like it was nobody’s business. Hats of to Avengers team!

We didn’t expect the character to be such animated but, Bill Nighy did an amazing job portraying ghost captain Davy Jones in Pirates of the Caribbean: Dead Man’s Chest. Literally!

This photo shows that it was 100% CGI although I thought there’d be some prosthetics or even a wig. 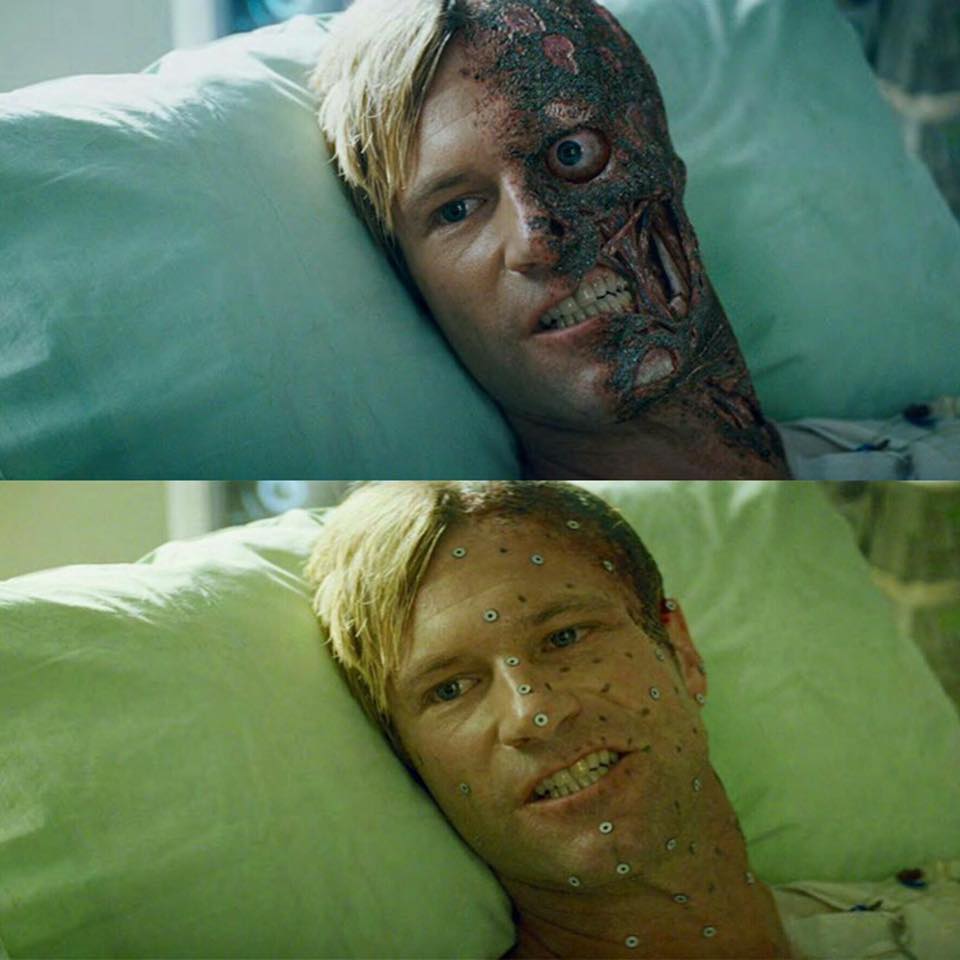 As we can see, the CGI indicators would do all the work for Eckhart still Aaron Eckhart makes half his face more menacing than the other still.

Seems like he wouldn’t have even needed special effects if you slap some prosthetics on him.

8. Rise of the Planet of the Apes 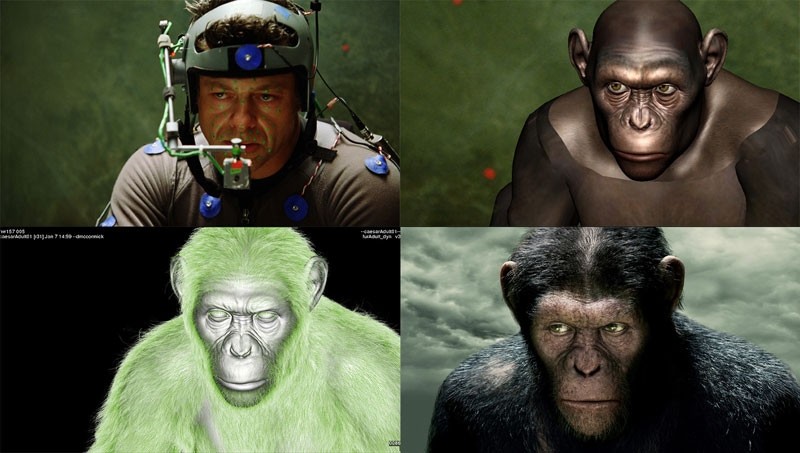 So, this picture shows how they brought the strong lead character to life. No wonder we all would like to believe that Caesar is real or that monkeys could lead a revolution, but sadly that’s not the case.

So all we got to know is, wrap something on it and let the CGI do the rest of the work. Amazing!