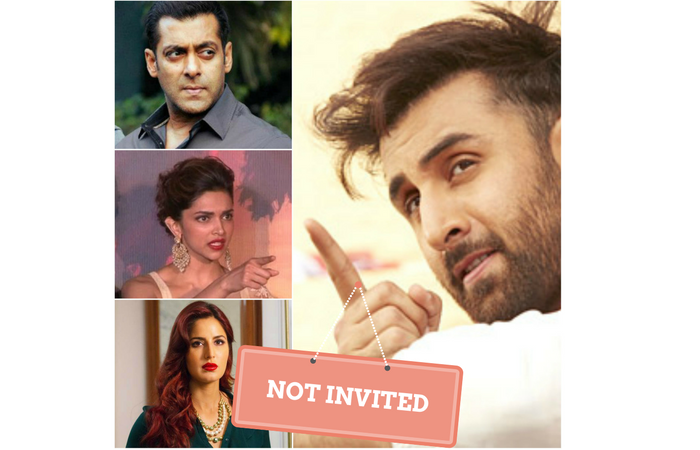 The actor is throwing a lavish birthday bash at his new house. Yes!!! The actor is going to enjoy his day at the best.

Ranbir Kapoor and Katrina Kaif Break up is always the hot topic of the B- Tow. The break –up was not exactly amicable a lot of drama and the rumors of reconciliation was spread. Recently when the diva Katrina Kaif was out of

Recently when the diva Katrina Kaif was out of country for U.S Dream Tour. Ranbir talks about the good things about his ex- relationship with Kat as if he is missing her he choose the perfect time when the talks about their split had settled down. Why he talked???? No idea!!!

From the source, we came to know about the MASALA FACTOR of the day as Ranbir, the B’Day ‘BOY’ is celebrating his 34th Birthday today inviting his friends at his lavish birthday bash at his new house.

We are hearing- the actor did not invite Sultan of B- Town Salman Khan, His Ex- lady love Katrina Kaif and Deepika Padukone and few more celebrities in the party.

Ranbir Kapoor did not invited Salman Khan in his B’day party the reason is not the Ex- Katrina Kaif but the two were involved in the brawl at night club where Salman Khan slapped Ranbir Kapoor. The matter was soon settled by their parents killing the controversy bud. After that Salman and Ranbir haven’t been seen together in any ways. 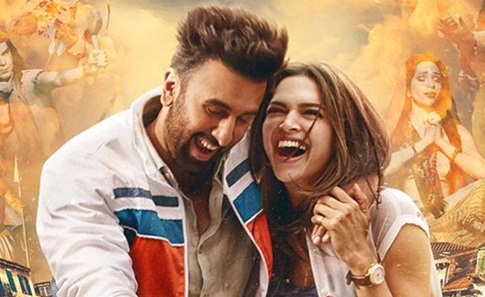 Ranbir Kapoor and Deepika Padukone the two can unite on professional platform but they are not friends any more Deepika is NOT Ranbir’s friend. There were rumors that Deepika Padukone and Ranbir Kapoor were in relationship with each other post Katrina and RK break-up. Do not know how much truth is involved in it? Deepika has now moved in a serious relationship with Ranveer Singh.

Also Read: Confused – Who gets the Girl? Ranbir Kapoor and Ranveer Singh

The actress Sonam Kapoor the fashionista once besotted by her co-star of Saawariya Ranbir Kapoor. The two ignore each other their personal equation got disturbed as Ranbir Said

“I may not be the most recognised fashionista. Though I believe I’m the male version of Sonam Kapoor. But nobody recognises that. I guess. I have to put in more effort and be out there for people to recognise the talent in me. I am an absolute epitome of fashion and style. I hope that people get it.” Of course who can forget Sonam’s catty remarks about Ranbir on Karan Johar’s Koffee couch! Ouch!

Ranbir Kapoor to make his debut in Sanjay Leela Bhansali ‘Saawariyaa’ - Rishi Kapoor accused SLB of giving his son the worst debut and from then Ranbir Kapoor completely ignored Bhansali and went on to work with other filmmakers. SLB the director found his new favourite in Ranveer Singh 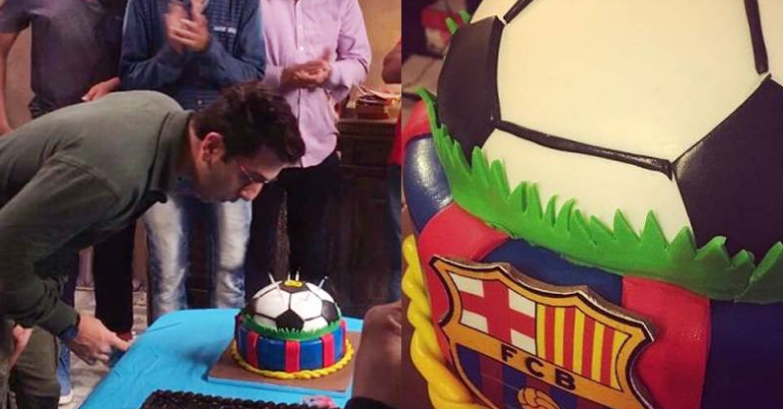 From the source we came to know, It was a working birthday for actor Ranbir Kapoor, the actor has blow the birthday candles and cut a delicious chocolate cake at the set of ‘Jagga Jasoos’.

The ‘Jagga Jasoos’ team order a custom made football cake having FC Barcelona team colors. As the actor love to play football. Recently the Actor is busy with his upcoming film 'Ae Dil Hai Mushkil' promotion and shooting of Jagga Jasoos with his Ex Katrina Kaif in a lead role the actress maintain the distance on the set.

Let’s see what happen at the promotional events of ‘Jagga Jasoos’?

The film is directed by Anurag Basu, is scheduled to hit theatres in April 2017.