Ever since the trailer of the upcoming film “The Accidental Prime Minister” has released, been in the news either for right or wrong reasons. Few days before on 27th December, Maharashtra Youth Congress asked for a prior screening of the movie for the party’s office bearers and also threatened that they would use "other options" to stop the screening of the film if their demand is not sufficed. And, the latest being a case over the actor or the team for damaging the image of some top people. 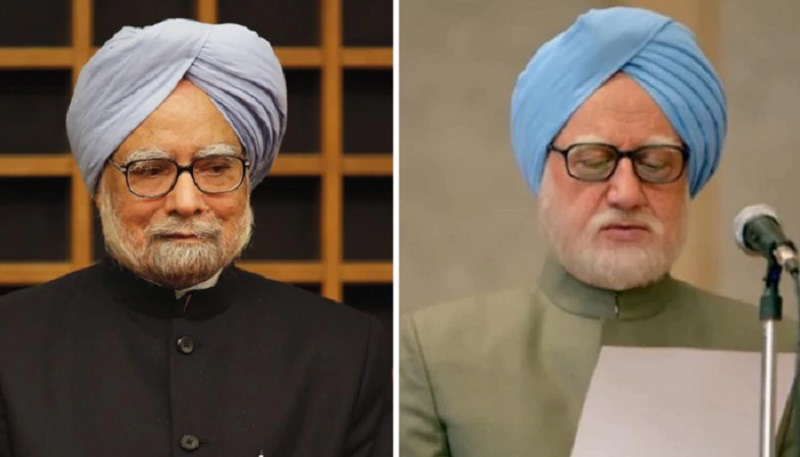 Yes, on Wednesday, a case has been filed against actor Anupam Kher and others associated with the film in a Bihar court for hurting sentiments.

Sudhir Kumar Ojha, a practicing lawyer, drags any top personality of the country to court if he considers justice hasn’t been done. He has already filed cases against Amitabh Bachchan, Arvind Kejriwal, Vidya Balan, Hrithik Roshan, Sushil Kumar Modi, Anna Hazare, Katrina Kaif, Abhishek Bachchan and his wife Aishwarya Rai Bachchan, Shah Rukh Khan his wife Gauri Khan, Bipasha Basu, Sonakshi Sinha, Salman Khan and many more. All of these personalities have claims pending against them in one or more of the courts. And, his latest targets are Anupam Kher and Akshaye Khanna.

For Anupam Kher and Akshaye Khanna, Ojha complained in his petition that both actors who are playing the role of former Prime Minister Manmohan Singh, as well as his press advisor Sanjaya Baru in the film, are damaging the image of both top personalities. He said,

"It hurt me and many others."

Moreover, he claimed that not only Prime Minister Manmohan Singh and his press advisor Sanjaya Baru, but the movie is also harming the images of some top people like UPA chairperson Sonia Gandhi, Priyanka Vadra and Rahul Gandhi.

Since the actors are involved in the case, the film director Vijay Gutte and producers Dhaval Gada and Sunil Bohra have also been slapped with the case.

Initially, the trailer went missing from YouTube. In this context, the actor Anupam Kher took to Twitter and raised questions on the same. He wrote,

“Dear @YouTube!!! I am getting messages & calls that in parts of our country if you type, trailer of #TheAccidentalPrimeMinister, it is either not appearing or at 50th position. We were trending at No.1 yday. Please help. #HappyNewYear. #37millionviews. https://youtu.be/q6a7YHDK-ik”

The movie 'The Accidental Prime Minister' sums up the life of India’s 13th Prime Minister Manmohan Singh (2004-2014) as well as the former economist who served the country under the United Progressive Alliance (UPA) government. The entire movie is based on Sanjaya Baru’s book of the same name, who was Prime Minister's advisor at that time.

Undoubtedly, it is one of the most-awaited movies of 2019.

Fans and Celebrities Mourn the Demise of Kader Khan