Karan Malhotra’s much awaited directional venture ‘Brothers’ featuring two of the brilliant B’wood thesps finally entered the market today. So we are here with our Brothers Movie Review.

The trailers of the film which already hit the market in a very electrifying way have formerly set the mind of the crowd to be the block buster one. The initial posters and the music have engaged lots of audience and Brothers met all the beliefs to every bit. It was revealed that the Bollywood film ‘Brothers’ is a complete package of masala and action that also underlines the same story of a Hollywood film 'Warrior. Even after knowing the story of the film, the audience is going crazy to watch the performance of their dear stars.

The director of the movie has separated the film in two halves. The story of the film before the interval targets on the journey of the brothers and their flashback, while the second half of the film focuses on the solid wars and punch between the two. The father of the two Jackie Shroff has shown his excellent acting in the film. The chemistry between the father and son was splendidly captured in the film. 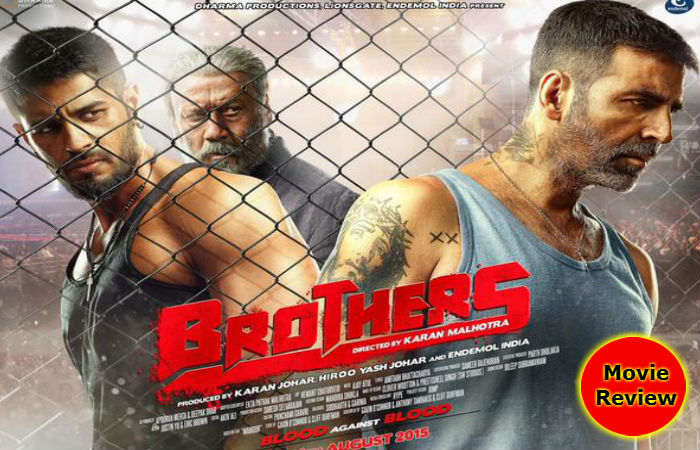 The climax of the match between Sidharth Malhotra and Akki is the best highlight of the movie. Apart from all these fights and riots item number of Kareena Kapoor will surely catch back your mood to dance and enjoy on the floor. Make sure to read our Brothers Movie Review before the weekend and then decide either you have to watch the movie or you can wait for the film to come on Television.

In the era of short movies, Brothers is a bit lengthy film. The film only revolves around the sharp and the coarse notes; it seems that director forgot to add some humor and gags. If we just chat about the performance of the stars in the film, right from Akkis’ daughter to Akshay Kumar’s mother all had done their job perfectly. Jackie Shroff acting was probably the best coup in last few years. Jacqueline Fernandez who plays as the wife of Akshay Kumar apparently seems as just the supporter in the film.

Overall we can say if you are the craziest fan of Khiladi Kumar for sure you must go and watch his performance on the other hand if you again want to see the rugged look of the chocolaty boy of B‘wood Sidharth Malhotra just pre book your ticket as there are number of fans waiting for Brothers to go on the floors. Jackie Shroof also came back after a long time on big screens with a bang.

We hope that our Brother Movie Review will solve your puzzle, whether to watch or not.

Did Brothers Movie live up to your expectations?

Know Some Inside Information About Salman Khan