The most famed former Australian cricketer Brett Lee is all geared up to make his Bollywood debut with the cross culture film unINDIAN. The fast bowler stars would be seen romancing internationally much-admired actress Tannishtha Chatterjee in the film soon.

Well the wait is over the film has been wrapped and the first unINDIAN first look teaser featuring Brett Lee and Tannishtha has also been released. Produced under Australian Indian Film Fund (AIFF), Anupan Sharma’s film bring to light intricacies of Indian Diaspora. 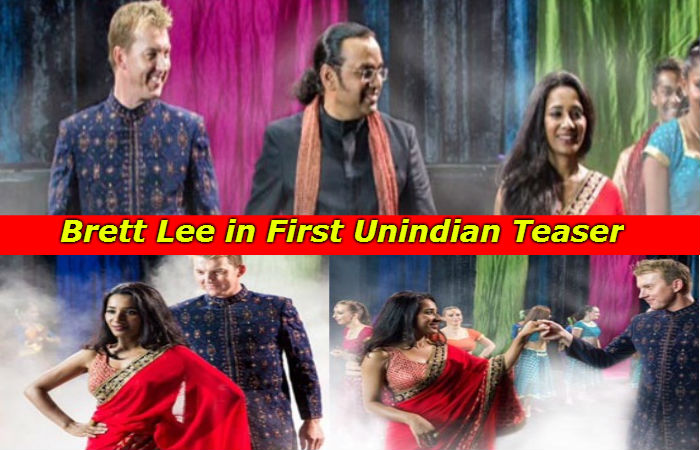 According to reports, lately the cricket took time out from his World cup commentary for a song sequel of the film. The song features Lee, wearing Indian outfit and enjoying Indian dance moves with Tannishtha Chatterjee. The dance number has been composed by Salim-Sulaiman.

You may also like: Shahrukh Khan to Introduce Son Aryan Khan with Boyhood Remake

Produced by Anupan Sharma and Lisa Duff and penned by Thushy Sathi, unINDIAN movie would get premiered later this year.