The movie is perfect tribute to Jazz culture of 1960’s in which Anushka Sharma and Ranbir Kapoor both are is featuring in lead roles. 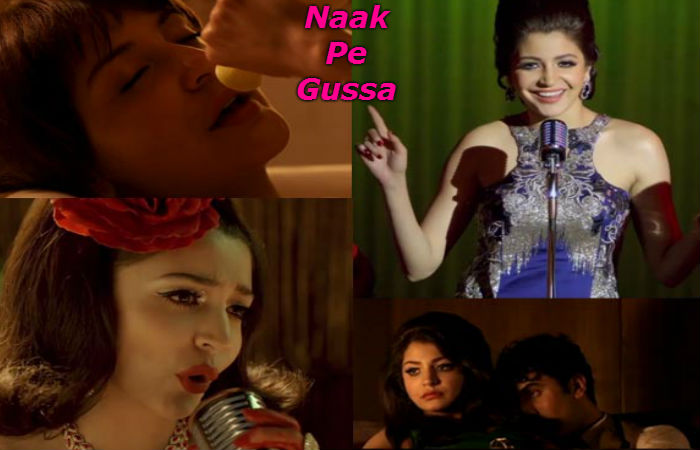 Anushka Sharma is looking extremely glamorous and stunning in this 1960’s jazz number. Naak Pe Gussa song is slow on track which you won’t like at the first go, but if you hear this song more than once than it will slowly gown on your heart.

The freshly- released song is trending on Twitter by the hashtag #NaakPeGussa. This song got huge response from the viewers. Now both the celebs are busy to finish the shooting of the movie and soon they will start promotion activities for their upcoming venture ‘Bombay Velvet’.

If we talk about the song ‘Naak Pe Gussa’, which is crooned by Neeti Mohan and composed by Amit Trivedi, in a soothing and loving way. And one of the most important things from this song is that the lyrics are penned by Amitabh Bhattacharya. Ranbir and Anushka Sharma’s upcoming movie ‘Bombay Velvet’ is slated to hit screens on May 15, 2015.