Movie makers always searches for some interesting content and stories to pull in the crowd, and why not, everybody loves some tear jerker’s and comedy especially the one who is  fan of Bollywood. Apart from just repeating the same story of one hero, one heroine and a villain, the leading star fell in love and get married, movie makers thought of adding some more twists and turns in romantic movies by adding another lover.

Bollywood Love Triangle Movies are now another genre in Hindi cinema. If we just sit and count the figure of Bollywood movies having love triangles we are sure you will find around ten movies per twenty five. Yes, it is now a very common idea of the B’wood directors to tick the love triangle script for sale. If we just only tally the number of love triangle movies done by Shahrukh Khan, you will get almost 10 to 15 films only of him, so now you can assume how many love triangle films there exists.

Ok doesn’t matter we know there are many films that have followed the same script let’s just focus on few Bollywood Love Triangle Movies which are still remembered by us. Comment below if we have missed any of your favourite. 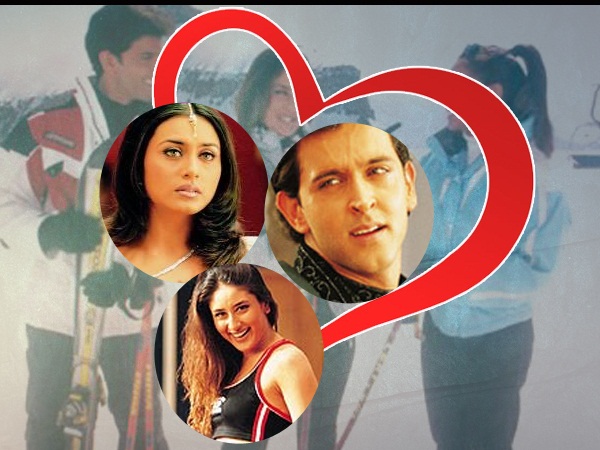 On the top we will put Kunal Kohli’s directional venture MDK. No doubt it is a very beautiful story that communicated the strong relationship between love and friendship. The movie is worth watching. 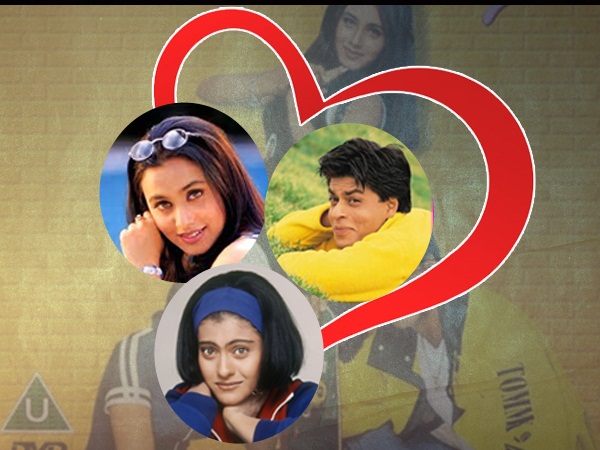 Moving forward to the next, early in the 90’s the movie became the favourite of the youngsters and also it gave a huge space to Rani Mukerjee’s career. The superb combo of SRK, Kajol and Rani gave us an evergreen movie that also reminds us of our college days. 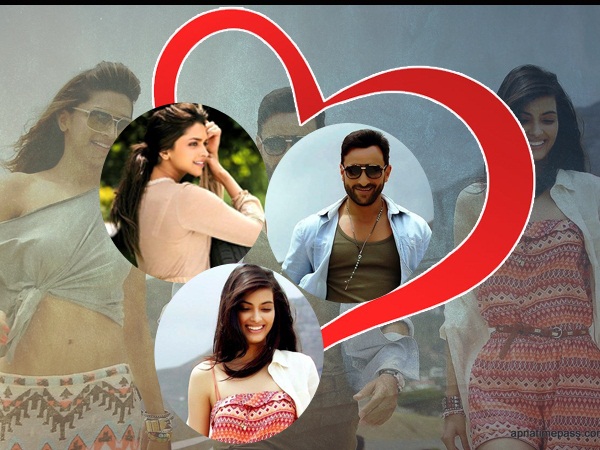 Cocktail is again another Bollywood Love Triangle Movie that painted the story of a party freaking girl (Deepika Padukone) and a typical traditional girl (Diana Penty) in a refined manner that fell in love with the same guy Saif Ali Khan. 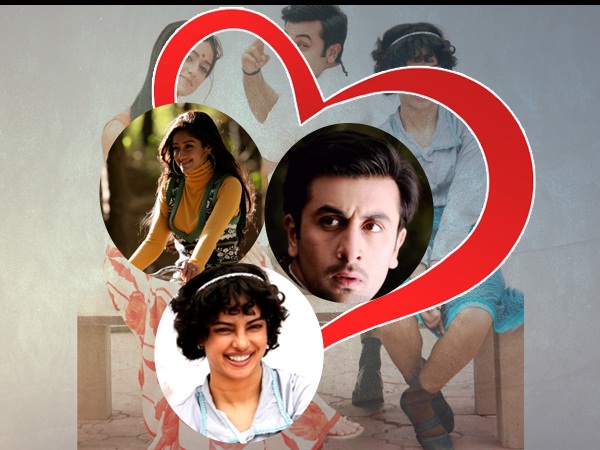 The sweetest and the heart melting love story between two disordered persons. The acting of the stars Ranbir Kapoor and Priyanka Chopra excited the audience to watch the movie again and again. The movie also gave another name Ileana D’cruz in the list of Bollywood actresses. 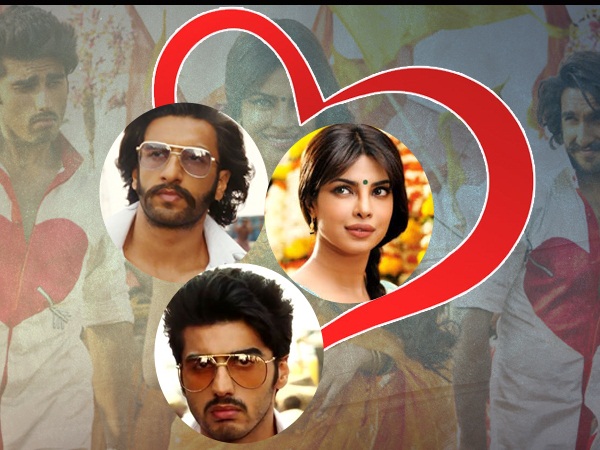 Gunday starring PC, Arjun Kapoor and Ranveer Singh didn’t earned the great response from the crowd but yes story was liked by the audience later on. Both the Gundays were childhood friends that fell in love with the carbaret dancer Nandita (PC).

Student of the Year 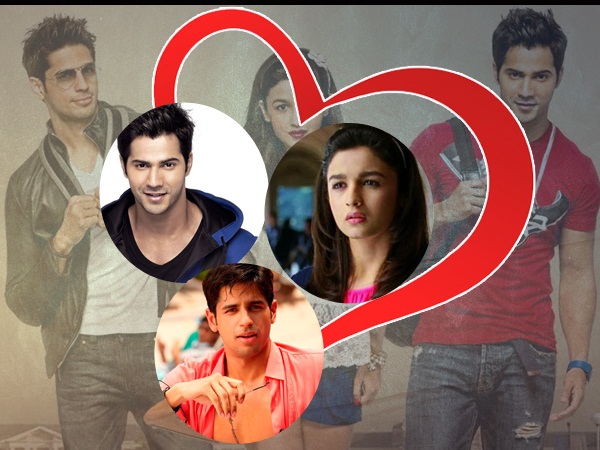 SOTY is another cutest movie in the list of B’wood Love Triangle Movies for the new generation. The movie was a good start for all the newbie Alia Bhatt, Sidharth Malhotra and varun Dhawan. Well, we can say the movie is just the updated side of K2H2. 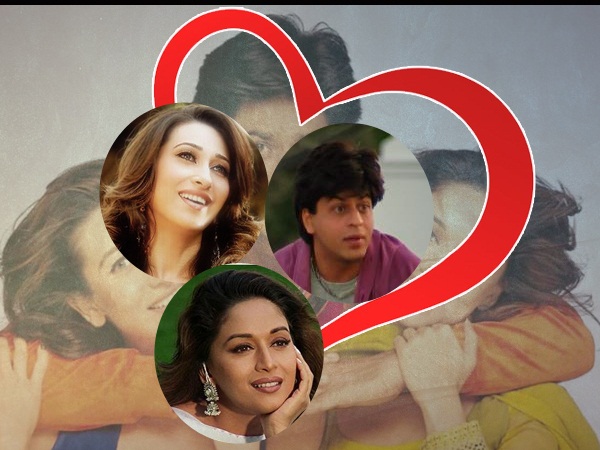 Another unforgettable love story and the luring chemistry with superb sound tracks DTPH is simply worth watching. Madhuri looked just fab in the movie and ofcourse the dance moves of the both the actresses crowned the failure. 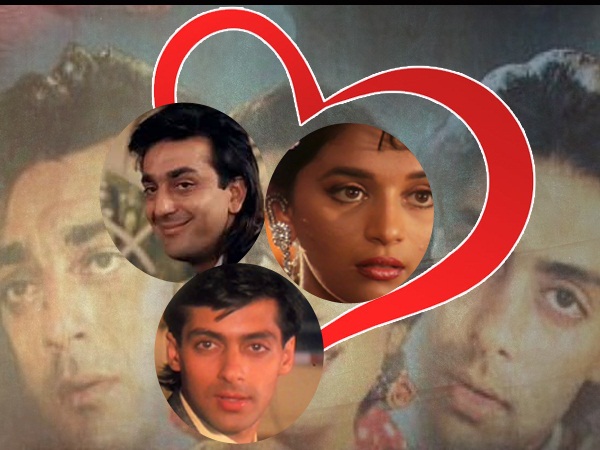 90’s romantic drama that featured present Dabangg Khan and Sanjay Dutt with the B’wood glowing beauty Madhuri Dixit in key roles. Two of them share the strong friendship just from the childhood and later on fell in love with the same girl. We are sure this movie is favourite of many here, reading the list and if you haven’t watched this movie, come on!! For whom you are waiting?? go on… 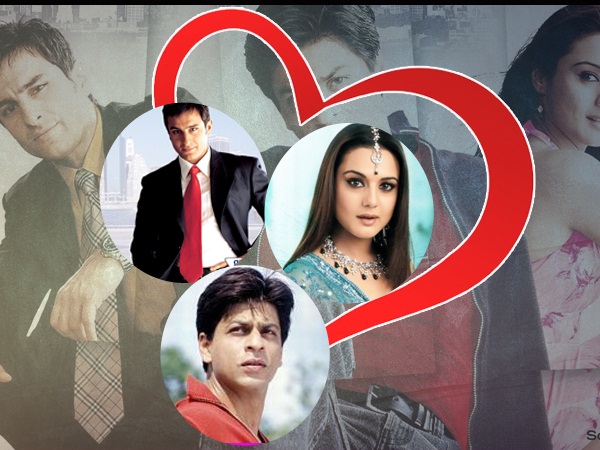 Obviously, we know the answer…!! The story make us fall in love with SRK, Preity and Saif at the same time it made us cry with the heartbreaking news of SRK’s death in the end.

RHTDM is another one of our favourite Bollywood Love Triangle Movie that was strongly liked by the crowd but even we don’t know the reason for its failure on the box office. We too love the movie and still love its soulful soundtracks.

Other than love triangles and repeated stories with a villain do you guys have another unique genre as the suggestion for our movie makers??