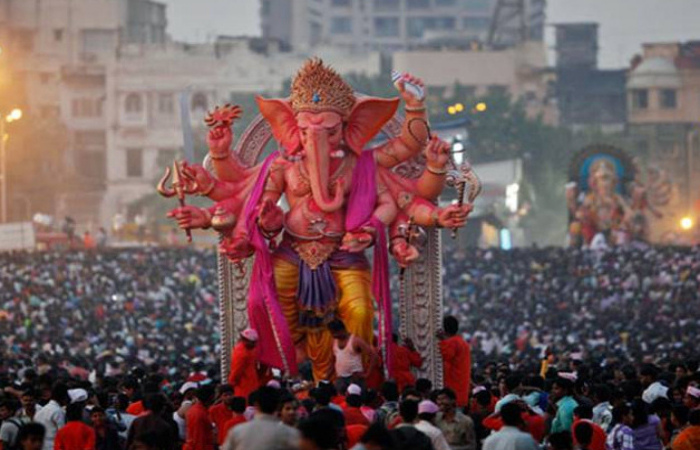 Ganesh motsav is a very big fanfare at Maharashtra and also celebrated all over India. Ganpati the lord of love and luck is welcomed by the worshiper, and is celebrated as the birth of Ganesha the festival is celebrated last for 10 days.

Here are some celebs who celebrate the festival with much enthusiasm and posted goodwill messages and pictures on their social networking platforms. 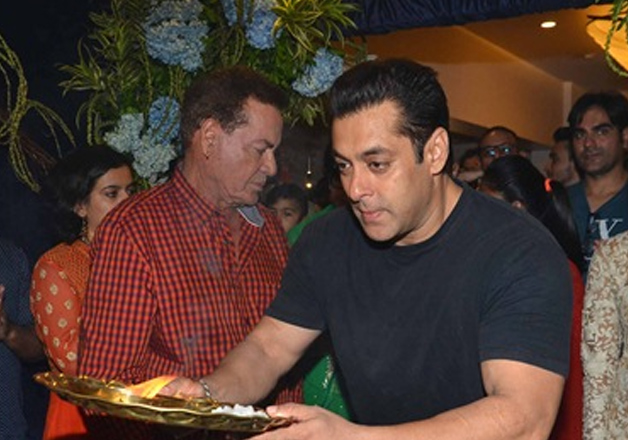 Salman Khan the sultan of Bollywood proves that the worship do not ask from which cast and creed you belong the actor celebrates all festivals with great zest and zeal. Salma Khan, mother is initially a Maharashtrian who converted to Islam after marrying Salman's father, Salim Khan. 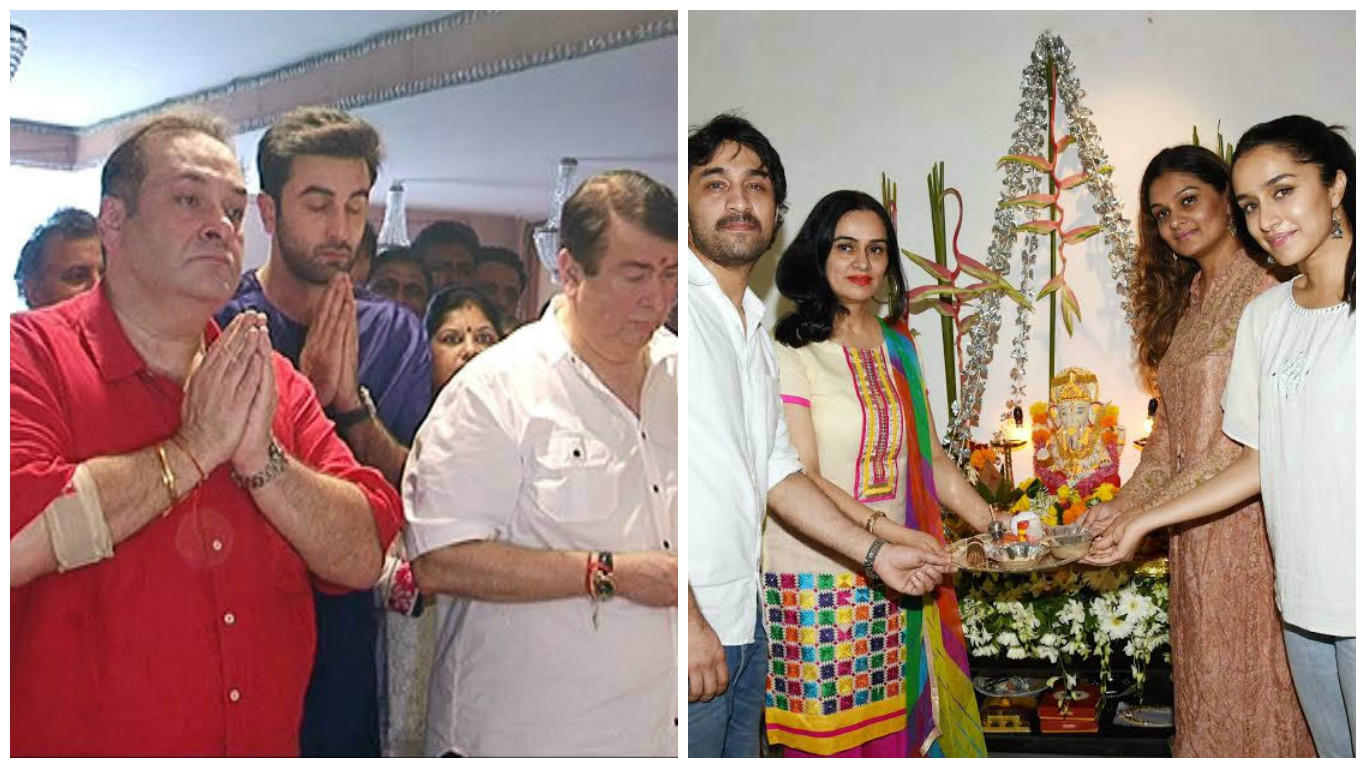 The Ganeshotsav celebration was started by Raj Kapoor following Neetu Kapoor, Ranbir Kapoor and Rishi Kapoor they celebrate the festival with aplomb “The biggest Ganpati celebration among Bollywood families” the entire Kapoor clan gather together in one roof to welcome the lord of luck – Ganesha 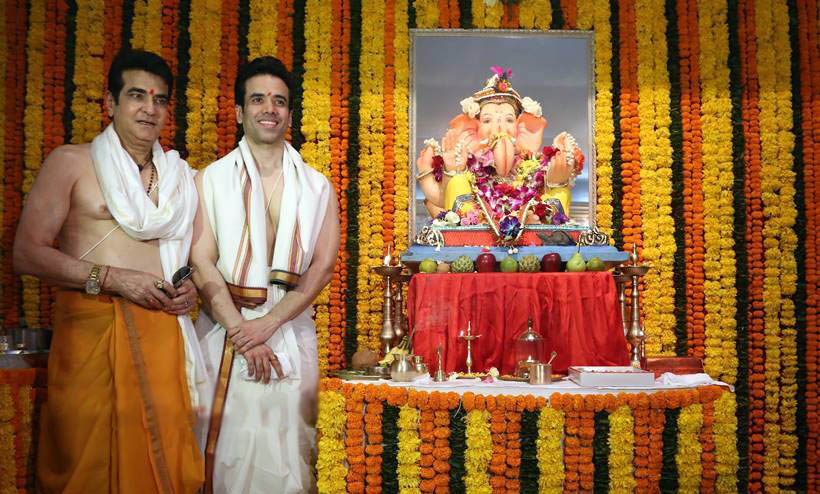 Tusshar's family always welcomes Ganesha at Ganesh Chaturthi they are the ardent followers of the elephant deity. Jeetendra with his children, Tusshar Kapoor and TV producer Ekta Kapoor visit his old house in Girgaon for the worship as Jeetendra says he use to reside before knowing success. This is a tradition they are following since many years with enthusiasm and this time one new member is also there who will celebrate his first Ganeshotsav.

From the source, when asked by the reports about the celebration of Bollywood Ganesha Chaturthi 2016.

“We have friends and family coming over. My wife, she is a Hindu, so there is always a ritual in her house, we go and visit Ganeshji. It is all very special to us.”

The Banjo Actor, Riteish Deshmukh is also taking part in Bollywood Ganesha Chaturthi 2016, celebrating the festival by going Eco-friendly way. He decided make his own Ganpati and shared the video on twitter. Look How he makes It!

This Ganesha Chaturthi, megastar Amitabh Bachchan has lent his voice for 'aarti' at Siddhivinayak Temple. The 73-year-old actor

The 73-year-old actor twitted- for this "divine honour"

He likes the traditions associated with the festival and meeting people to celebrate the occasion.

“Every year, we anxiously look forward to celebrate Ganesh Chaturthi and welcome our favourite Ganesha at home. I like people coming over, do puja and be part of the joyous celebrations in honour of the divine being,” 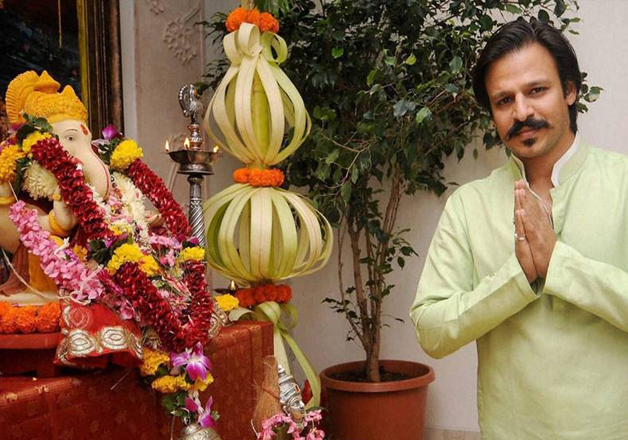 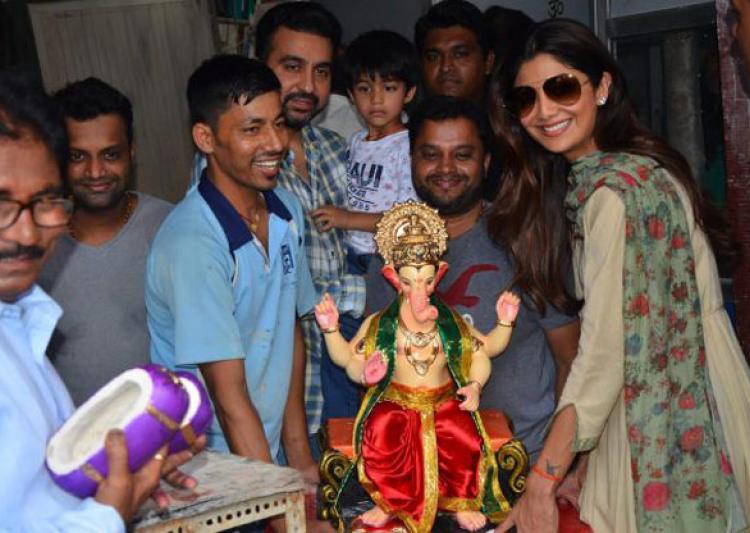 The fitness freak Shilpa shetty  said- Supporting environment she is celebrating the festival in Eco-friendly way , “From last year on, have made a promise to myself that I would contribute in bringing in an eco-friendly Ganpati, and I maintain that and continue to do that.”

“I would request people to use eco-friendly Ganpati and also materials,We always bring Ganpati at home. We wish for positivity and happiness.”

The popular television host and actor Manish Paul said he celebrates the festival perform the ‘visarjan’ (immersion of the idol) also at home. “We get Ganesha every year and this year is going to be no different. All friends come to seek his blessings. It’s going to be eco-friendly Ganesha and we do the visarjan at home only.”

Katrina Kaif and Daisy Shah the actress too celebrate the festival they will visit friends’ places to offer prayers.

Katrina Kaif said “I go visiting friend’s house during Ganpati, that’s how I celebrate it.”

Daisy Shah, when asked if she will ever get Ganpati for herself she replied,

“Yes why not, it will be wonderful.”

“I will visit a few friends and relatives this Ganpati to seek blessings of Lord Ganesha. Everyday is a blessing in a way and one can ask whatever they wish to on any day. For me festivals are more about spending time with your loved ones,”

Bollywood is completely enjoying Ganeshmohotsav at their ways.

Also Check Us Out On: