BB8 Contestants and Their Serious Efforts for Convincing Captain Gautam

Gautam as per the task eavesdropped everyone’s suggestions and reasons for the captaincy position. Almost every Bigg Boss 8 contestant tried convincing Gautam to gain the captaincy on the contrary some snubbed the captaincy, suggesting the name of others. 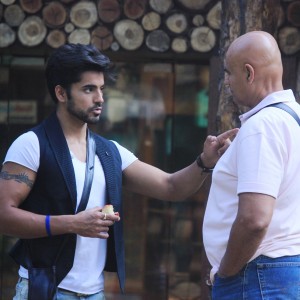 By the end of the day Gautam took the name of Puneet for competing in the upcoming captaincy task, on the other hand he picked RJ Puneet for the punishment. Meanwhile in the midst of Judgment day task and bantering between the contestants of Bigg Boss 8, we saw some serious romance blossoming between Gautam Gulati and Diandra.

Guess Who Is The Pole Dancer In Mastizaade? It’s Tusshar Kapoor!