After the two entries of the two glam babes Dimpy Mahajan and Roadies fame Renne Dhyani entered the dramatic home of Bigg Boss 8. Now it’s the streak of Nigaar Khan who is the dazzling sibling of last year’s title holder Gauhar Khan of the Bigg Boss to tweak the melodrama in the house with the zest of glamour.

Vibrancy of Razzle-Dazzle In Bigg Boss 8

The evictions of girls who are synonyms of glossy glamour have given rise to gender imbalance which will drastically affect the foot lights of the show. So Nigaar Khan along with Renee and Dimpy would full fill the chasm of the left behind glitter in the show. 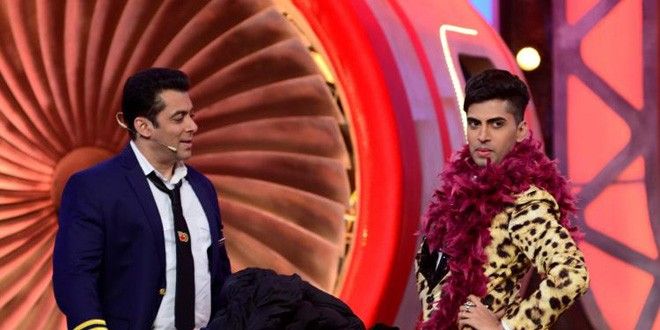 Conclusively on the Saturday eve the sporty Fashion icon and model Sushant Divigikar joined said cheerio to the spicy yet melodramatic house of Bigg Boss 8. Renne Dhyani is infamous for sudden drift in her tantrum while the other two hotties will enjoy the extras as they know one of the previous Bigg Boss 8 contestants.

Nigaar would contribute with her ravishing stylus would magnetize the spectators of this season of the show and would stand at par like her sister Gauhar.

No Trace of the Tertiary Season of Don- Shah Rukh Khan