Upen and Reene, The Batteries for Other Contestant’s Wishes!

While the other contestants were given the liberty to make wishes conversely Renee and Upen were made the battery that had to recharge themselves for others, by performing task. Luckly Sonali became the first house mate to make her wish true, Sonali elected two apps in order to fulfill her two wishes, eventually ending up utilizing half battery.

Bigg Boss 8 Contestant, Gautam Gaultai Gets To Meet His Mother

Dimpy, Diandra and Praneet, also got chances in the App Task former Sonali, where Dimpy opted to view the opinions other Bigg Boss 8 contestants about her, Diandra picked her makeup, on the other hand Praneet decided to save battery for others. Gautam Gulati became the most fortunate contestant of the task and got to meet her mother after a long duration inside the Bigg Bogg 8 house. 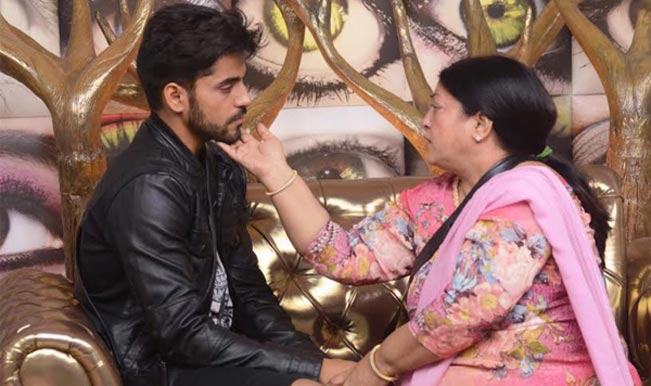 Later then, Bigg Boss gave a chance to Upen and Rennee, the batteries of the task to re-charge themselves. The task was to find batteries inside a tub of cow dung. Reene refused to do the task in contrast Upen performed the task sportingly.