In Bigg Boss 8 latest episode Gautam and his respective group shared a strong bond inside the house ever since the start! However Gautam Gulati always became the anticipated eye catcher down to its reckless acts.

Meanwhile, the latest nominated contestant Sushant, when asked about the conniver of Bigg Boss’s house then Sushant took no time in stating that Gautam is playing the dirtiest game inside the Bigg Boss house.

Cracks Appearing In the Friendship of Bigg Boss Contestants P3G?

Lately, the much talked about friendship of P3G i.e. Puneet, Praneet, Pritam and Gautam, is on a bumpy ride. Read what the whole story is and what’s going on between Bigg Boss 8 contestants. 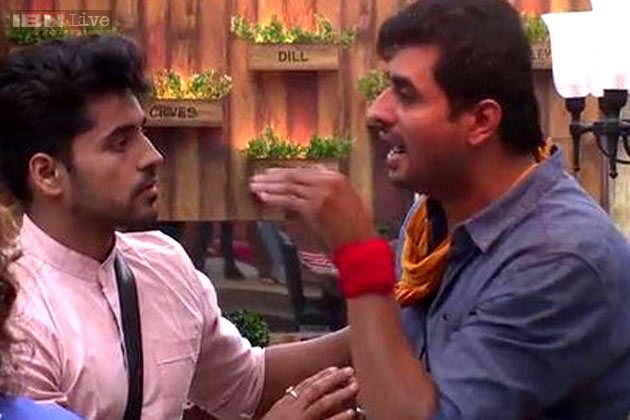 Gautam who is popular for his quirky actions inside the house was seen taking to Puneet about the things going on inside the house, as Puneet is in jail outside the house since a while. Moreover Gautam acquainted Puneet that since a while Praneet and Pritam’s is showing a cold behavior towards him, and that they are even getting more affable with Karishma and Diandra.

In response to Gataum’s discourse Praneet stated that the other Bigg Boss contestants are eventually winning in their divide and rule strategy! He would talk to both Puneet and Pritam over the matter.

Well let’s see whether Praneet and Pritam are getting apart from P3G or they are just trying to make harmony with all the Bigg Boss contestants.