Bigg Boss 8 house afresh seemed shaken up with an emotional storm during the luxury budget task titled App task. Many Bigg Boss 8 contestants got an opportunity to meet their loved ones after a long interval, whilst the App task.

The controversial show brought a lot of high voltage drama for the viewers yesterday. However, the high point of the show was its sneak peek of the upcoming episode.

No one could believe that the precape of the show illustrated the whole house storming on Ali Quli Mirza and more shockingly Sonali Raut slapping Ali!! 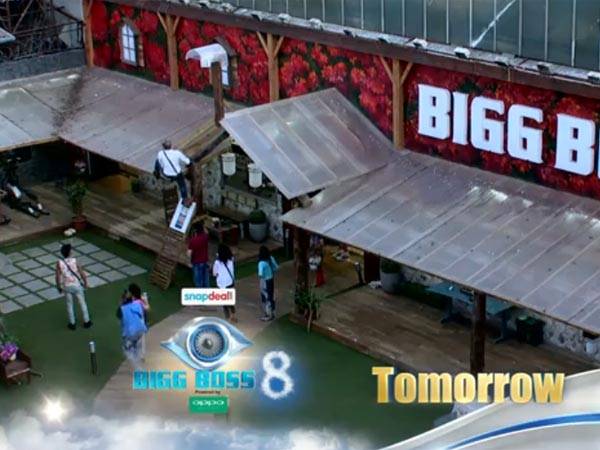 Well we have seen how Ali Quli Mirza got into the nerves of Bigg Boss 8 contestants, with his entry in the show as the foremost captain of the house. Later then, Ali misbehaved with Sonali Raut, with touching her gawkily under the blanket. After the incident Ali was criticized time and again for being disrespectful with women. However we wonder what Ali has done this time for which Sonali Raut, couldn’t stop herself from hitting him??

Get more about Bigg Boss 8 from Indian TV Serials.

Look: Sonakshi Sinha Divulging About Her Linkup with Arjun Kapoor