Bigg Boss 8 full episode 50 started with Puneet and Pritam’s discussion with their close friends. Puneet and Pritam were seen discussing about the only girl contender of their team, Sonali, who according to Puneet is using P3G for getting support at the time of her need.

Monday episode got spiced up with Bigg Boss’s nomination announcement and the process was again a quirky one in typical Bigg Boss 8 style. The Bigg Boss 8 contestants were told to put the photographs of intended contestant in a paper shredder, in order to nominate the person. As a result of the nomination procedure, Karishma and Aarya got nominated by the housemates; on the contrary Gautam and Puneet were nominated down to Diandra’s special power, being the captain.

In the evening, the house once again turned into a theatre of war when Ali’s infuriated Sonali and the other contestants due to his hearsay habits. The matter started when Karishma, Dimpy and Diandra started gossiping about Sonali and Upen’s cozy act inside the blanket however Ali who was in the bedroom at the spur of the movement walked outside and informed Sonali to go and checkout the gossip.

Midst all this clashes, the day ended on a good note when Bigg Boss given a chance to any three contestants for confessing and speaking out their thoughts and perceptions directly to the audience. 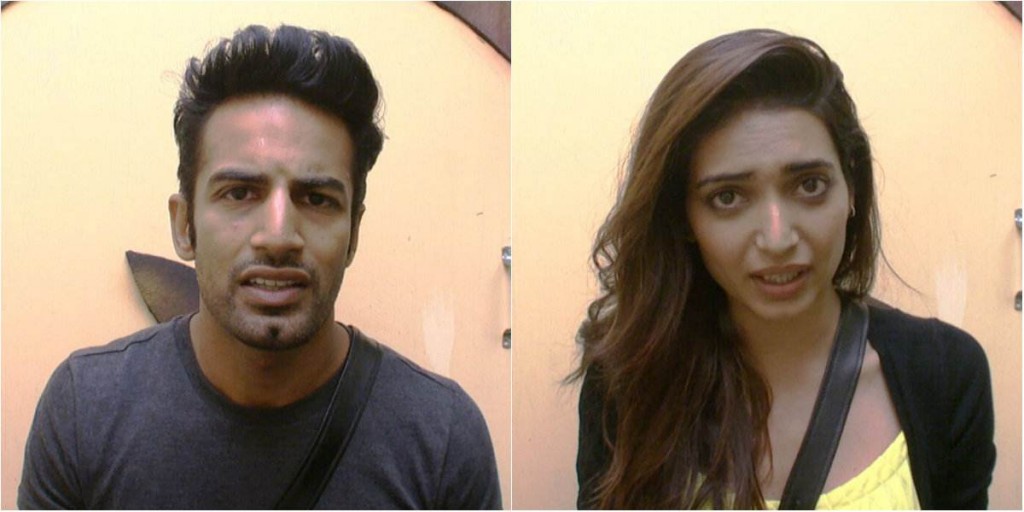 As a sneak peak of the next episode we saw Gauhar Khan’s sister Nigar Khan closely listening the confession of the contestants, being the new wild card entry of the show.

Now it would be interesting to see, how the ‘Teen Deviya’ would manage to spice up the show in the upcoming episodes??