Bollywood’s hot actress Bipasha Basu said, Amitabh Bachchan is extremely hot even at 72. The actress stated this in Indore on Thursday (8 January 2015) as Bipasha was there with Karan Singh Grover for the promotional activities of their upcoming movie ‘Alone’.

Bipasha Basu Said, “Amitabh Bachchan is far too sexy even at this age. He is extremely hot. He is an awesome person. I wish the new generation of actors get at least 10% of the traits of Bachchan's personality,” 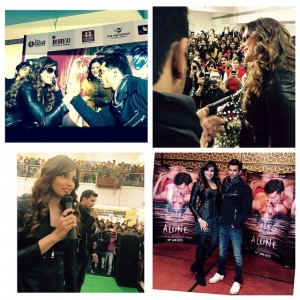 You may also like: At 35, Bipasha Basu won’t Play a College Girl on Screen 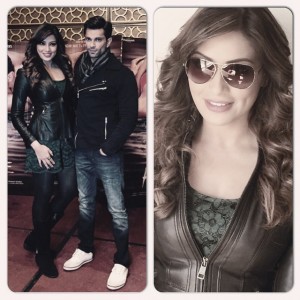 She was at Indore yesterday for the promotion of her upcoming movie ‘Alone’. When the ‘Alone’ actress was asked that what would be her dream role, then she replied she wants to be play lead role in an action movie.

"Actresses become part of such movies but usually we don't have much work in them," she said.

You may also like: What! Rekha and Amitabh Bachchan not Together in Shamitabh?

Karan Singh Grover, who is the male lead in 'Alone' Said, he is in the film industry from last 10 years, but when he was told to do intimate scenes with Bips in the movie, he felt uncomfortable because of his shyness.

Get more update about Bipasha Basu from Bollywood news.