All About Bhoomi Trivedi:

Bhoomi Trivedi is a very talented young artist that has made her debut with Sanjay Leela Bhansali’s movie ‘Ram- Leela’. She lent her beautiful voice for the song’ Ram Chahe Leela Chahe’.

She has a very energetic voice and also her debut song called her for many nominations and awards. Read on our Bhoomi Trivedi Biography to know more about her earlier life and upcoming songs.

Bhoomi Trivedi belongs to a Gujju family, born in Vadodra, Gujarat. Luckily she has grown up in a family who are music lovers.  Her mother owns a group of folk singers, her elder sister is a very good Bharat Natyam dancer apart from this her father is a railway employee. She always takes part in School and College functions that is the reason that confidence and living spirit are the mugs of her.

Talking about Bhoomi Trivedi career, in the year 2007 she got selected for singing reality show Indian Idol 3 but unfortunately she had to leave the show as she suffered from Jaundice, later on she again got selected for the next Indian Idol season but sadly she again left the show due to some personal reasons. Again she got up with the season 5 and was in the top three.

Bhoomi Trivedi Biography enfolds her first Bollywood debut song in 2012 for the film ‘Prem Mayee’. She crooned the song ‘Bahne Dey’ but it din’t reached well in the audience. Her second song highlighted her voice in the Bollywood industry. 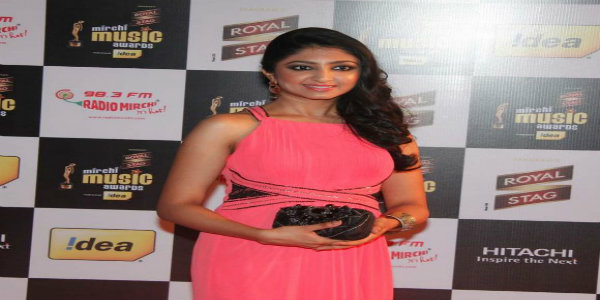 She then worked for the leading director of the Bollywood industry Sanjay Leela Bhansali. Her song ‘Ram Chahe’ was picturised on the B-town sexiest actress Priyanka Chopra. No doubt her voice in the song was vey sensuous and carnal. For the same she was nominated under the category of ‘Best Female Playback Singer' and 'Upcoming Female Vocalist of the Year'.

Not only she had recorded Hindi songs she has also recorded many of the Gujarati songs. Her last B’wood track was with Meet Bros for the movie Hero – “Dance Ke Legnd.” This ends our Bhoomi Trivedi Biography, know her physical stats and personal details in the below table.

OOps! Aamir Khan's Wrong Decision to say NO to these Movies