It always feels happy watching two friends sharing the screen space together. And when it comes to leading actresses like Priyanka Chopra and the gorgeous diva Katrina Kaif, the excitement level reaches somewhere at the peak. Yes, you read it right, both PC and Katrina Kaif will share the screen in Salman Khana��s upcoming venture Bharat.

The movie has been in the news for many reasons and now it is revealed that Priyanka and Kat will be seen opposite Salman Khan we still wonder who will be in the lead?

PC and Katrina in the Same Frame!! How Excited are You? 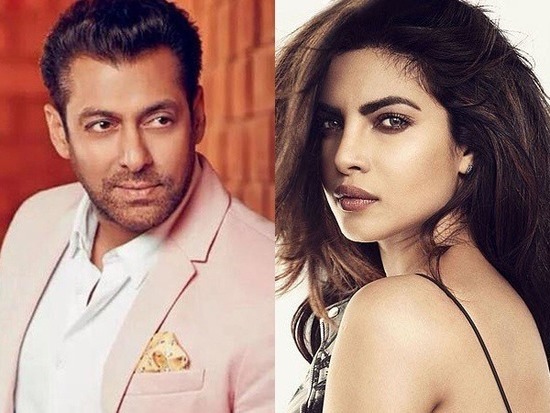 Earlier, it was rumored that only PC would be the part of Bharat, then later, it was headlined that Katrina has replaced PC in the film and now the latest reports suggest that both divas will share a screen with Dabangg Khan.

Wow! We are super thrilled and eagerly waiting to watch these 3 superstars together in the same frame. On the work front, Salman Khan is currently shooting for Race 3, while Katrina is busy in Anand L Raia��s upcoming directorial Zero that also stars SRK and Anushka Sharma, and Priyanka Chopra is busy promoting the 3rd season of Quantico.

October Hits the Theatre, Herea��s what Varun Dhawan has to Say About His Character a�?Dana��