A source close to the film has exclusively revealed that the film will have about 23 kisses, yes the number is 23! This is for the first time in Bollywood film industry to have the highest number of kisses ever in any film.

The complete movie is shot in the capital of Love, Paris, film looks exciting, Sexy, saucy and steamy, Befikre is the Indian version of Bernardo Bertolucci’s Last Tango In Paris. The first bold look of the movie shows the leading pair locked themselves in sweet kiss. Vaani Kapoor's cap says it all: "Who cares, Mon Amour (My love)"

Ranveer had said that

“The movie is light hearted. It's a story of urban, young, fresh love which starts in college. Put the picturesque France in the background and the screen should refresh itself” 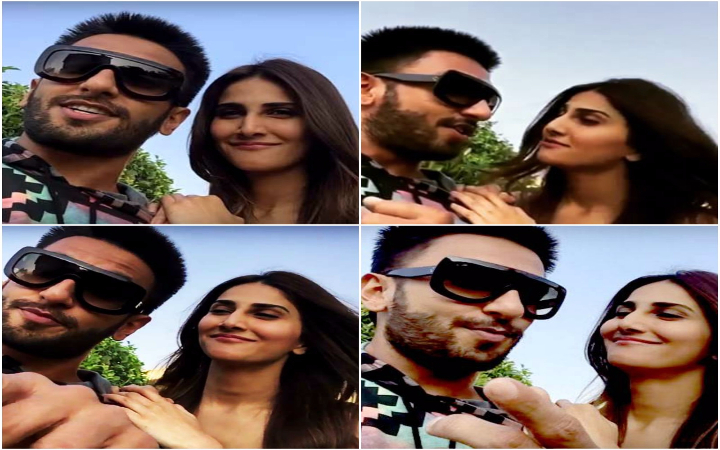 Befikre - Those Who Dare To Love is a gift for Adira, Rani Mukherjee and Aditya Chopra's daughter. As she will turn one on December9, 2016 and the movie will hit the theatres.

The hot inside is the actors have taken dance classes and French classes to prepare themselves for the movie.

Aditya Chopra is bringing back the season of love after 2008 Befikre - Those Who Dare To Love.

Wow, we are eagerly waiting for this movie. Are you too? We cannot wait to watch this one!

Wishes for Ash & Abhi for Celebrating 9yrs of Togetherness