In the pass out episode of Bigg Boss 8 Halla Bol series, all the contenders’ dramatize in an amusing play aping the B-Town characters. The champion contestant Gautam Gulati mimic the character of ‘Dabbang Chulbul Pandey’, Upen as Shah Rukh Khan, Ali act as Mogambo, Sambhavna as Basanti, Rahul act as Gabbar, Dimpy as Madhuri and Karishma in a retro look.

In the middle of the task Karishma Tanna shouted that “Main Upen se Shaadi karungi”. Then Karishma asked are you really want to marry Upen Patel after the end of the show? She blushed and replied-

You may also like: Mallika Sherawat to Play Dirty Politics in the Bigg Boss House 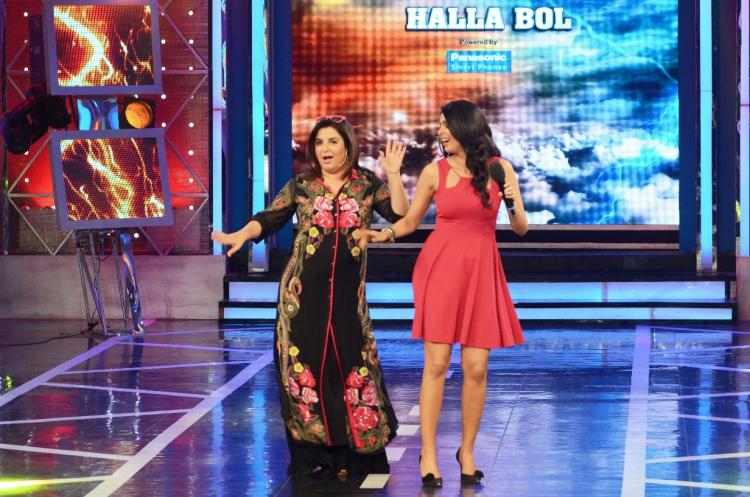 Suddenly the queen of item numbers ‘Mallika Sherawat’ enters into the Bigg Boss 8 house dancing on the song ‘Ghagra’ from her upcoming movie. She came to promote her new movie ‘Dirty Politics’. The host of the extended version of BB8 Farah Khan asked Mallika, in real life she faced any type of dirty politics?

To which the actress replied-

“Yes, I have faced dirty politics from filmmakers and actresses. I have lost out on so many films and the worst was when all my scenes got cut in a film which later only had my item number. Can’t name it but the lead actress ate over all my scenes.” 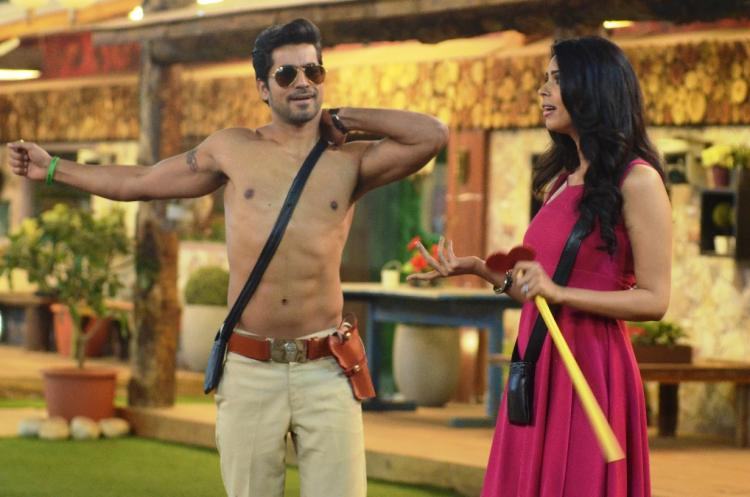 ”Karishma has been saying it since three months that she is involved with somebody (Rushabh). And suddenly she goes ahead with a friend despite being involved with someone outside the show which I think is pretty unfair, specially for him(Rushabh). He didn’t ask to be publicized on the National Television.

If you are with someone and wish to end it then you must have that much patience and respect for the person you have been with. She should have waited to come out of the house and end it. Breaking up with a guy on the National television?  What’s the guy’s fault? She has the power to say it on cameras; the guy doesn’t even have his say to put forward. So it was totally not acceptable on her part.”