These days Bigg Boss 8 house is dancing on the groves of the new captain Ali Quali Mirza. Well the exclusive news is that, in the Bigg boss 8 latest episode, we would get to see two contestants leaving the house!

This week four champion’s Pritam Singh, Karishma Tanna, Mahek Chahal, and Dimpy Mahajan got nominated for the eliminations. Though according to the show’s format, one contestant of the house gets eliminated every week however as an another quirky twist there would be two eliminations this week.

One contestant will be eliminated from the Bigg Boss season 8 Halla Bol series house along with the guest contestant Upen Patel on Wednesday, on the other hand another contestant would leave the house on weekend with Farah Khan.

Reportedly, either Mahek or Dimpy Mahajan will bid adieu the house with Upen Patel. As according to twitter scoop, Karishma Tanna has got the highest votes as compared to Mahek and Dimpy Mahajan. 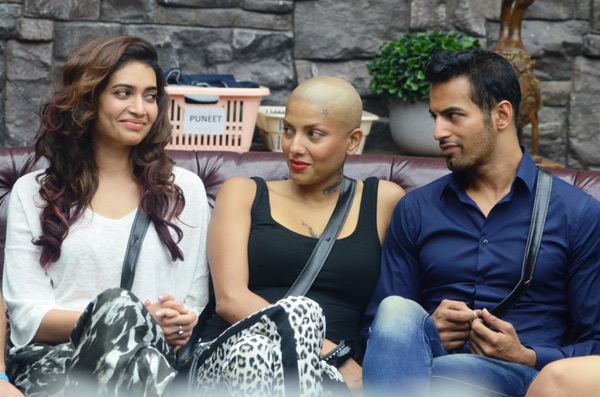 Apart from all this Diandra Soares, earlier who was a part of Bigg Boss season 8, stated that the closeness between Upen Patel and Karishma Tanna is extremely confusing.

"From the beginning, Karishma had been saying that she was in a relationship with someone. So, when did the break-up happen? Even if he sent her a letter saying it was over, yet, it is questionable how she developed feelings for Upen so fast."

The finale of the Bigg Boss season 8 Halla Bol series will take place on 31st Jan 2015 and the new host Farah Khan will announce the name of winner.

Watch Out: What Dhanush Wants to Say in ‘Shamitabh’s Second Trailer