Salman Khan's upcoming movie Bajrangi Bhaijaan comes under the scanner of religious protesters, as apparently the film encourages love jihad. The director of the film Kabir Khan is getting threats from fundamentalists.

Before some time Bollywood superstar Aamir Khan’s recent release ‘PK’ has been facing protest from right wing organization, as the film is said to be a funny take on religions. VHP and Bajrang Dal said that they consent to impose a ban on the movie.

You may also like: Bajrangi Bhaijaan Unfolded Traditional Look of Kareena Kapoor

According to a source, the film ‘Bajrangi Bhaijaan’ will release till the end of the year. The Hindu fundamentalists have clearly mentioned that, like PK they wouldn't "tolerate" Bajrangi Bhaijaan either. Earlier they had called Aamir Khan a traitor, and asked him to shift in Pakistan for PK. Now it is Salman and Kabir facing the ire for Bajrangi Bhaijaan. Reportedly, Kabir Khan is even getting threading messages concerning his upcoming film. 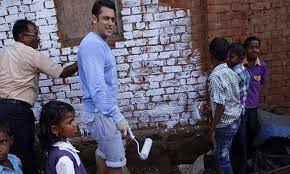 “I’ve been getting hate mail from a particular radical organization. They think the film promotes love jihad. I will not change the title or replace the content of my film. I will never surrender to such absurd demands.”

Further Kabir said, "I will never surrender to such absurd demands."

A Glimpse on The Unknown Facts About Sunny Leone