After big hits on the first song, ‘Sefie Le Le Re’ and trailer, the BB team gearing up for second song from the Bollywood most awaited movie Bajrangi Bhaijaan titled as ‘Tu Chahiye’.

Atif Aslam croons romantic number for Salman Khan and Kareena Kapoor. The song is composed by Pritam and choreographed by Ahmed Khan. The movie is directed by Kabir Khan and produced by Salman Khan and Rockline Venkatesh. 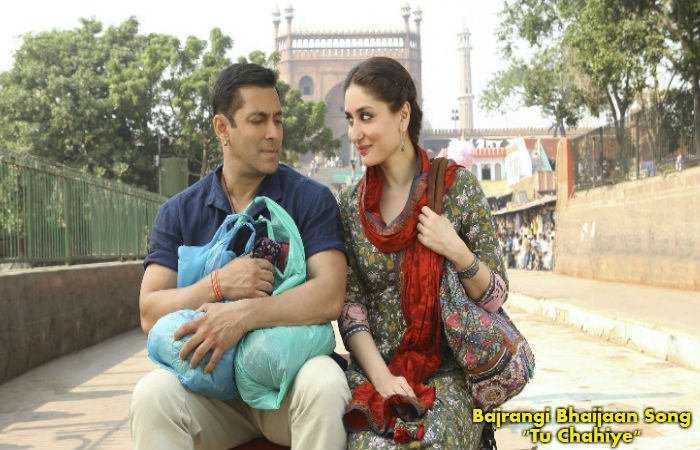 Pavan (Salman Khan) is playing a role of muslim boy who love with a Hindu Brahmin girl Rasika (Kareena Kapoor). Bebo is looking stunning in her ethnic Indian Outfits whereas Bhaijaan looks younger and hotter in colorful Kurtas.

Both are pictured looking gladsome as they enjoy a bicycle ride in movie and sharing some light moments with each other and presenting a heartwarming gesture. Salman-Kareena starrer movie ‘Bajrangi Bhaijaan’ is slated to hit silver screen on this Eid.

Comedy Circus Back on a New Channel with a Different Theme