Honey Singh and Badshah, the biggest competing rappers in India started their career together with the Mafia Mundeer band and worked together for 6 years.

What made them rivals? Read further to know why ??? 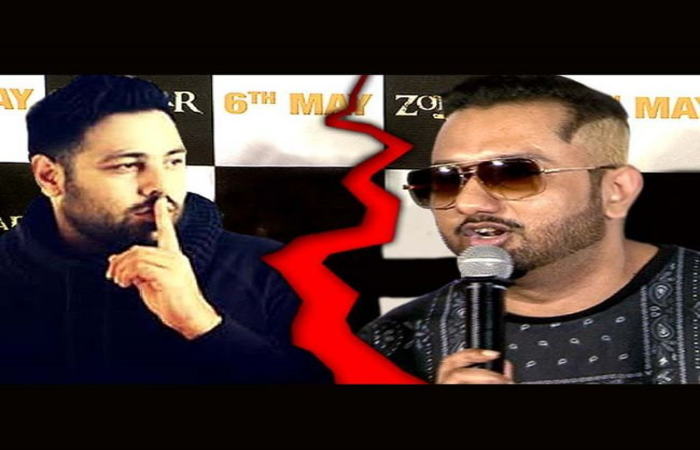 They gave some amazing tracks like ‘Khol Botal’, ‘Begani Naar’ and ‘Delhi he Deewane’ with the band.

Their next album Volume IV was renamed by Honey Singh as International Villager without giving the due credits to Badshah for his lyrics in the song Brown Rang.

Get your Day Loaded With All Time Hits By Badshah

Badshah kept quiet thinking that the song wouldn’t be a hit. But to his surprise, it became a blast and then he demanded for his credits but Honey Singh gave him nil.

As a result, they parted in 2012. Since then the rivalry goes strong day by day.

Honey came into Bollywood giving back to back hits like Jeene Mera Dil Lutya, Party On My Mind, Lungi Dance and so on, becoming the highest paid music composer.

But suddenly disappeared in late 2014 due to his bipolar disorder and made a comeback in March 2016. He was least active. It was during this period that Badshah came on the top.

Since Badshah’s entry in Bollywood, he has mocking and challenge directly Honey Singh through his songs. One such example is the song Swag Mera Desi Hai. Badshah has used a line ‘Me Gaad Dunga Esa Beta Hil Nahi Paega’.

While Badshah’s success credit is being to Honey’s disappearance most of the times, Honey has been rumoured to come back with songs for the movie Sultan but nothing such exists.

But Honey Singh has started picking up pace with songs like High Heels from Ki&Ka.

Honey Singh is also took up an acting assignment, the movie being Zorawar directed by Vinnil Markan. He says,

“I don’t consider myself just a rapper or singer. I am a music producer, lyricist, poet... Acting is also a part of big entertainment. So it was something which was left. It is a tough job to portray a character and make it believable on screen.”

The cold between the two doesn’t seem to end up. Upon asking about Badshah’s success, Honey Singh comments

Honey Singh is trying his best to take back the position but Badshah is performing phenomenally with his writings and composing, not ready to give away his throne.

Here are the top tracks of Honey Singh and Badshah

Now you decide who is best

Tell us in the comments section who is your favourite?

Also, write about any anything you would like to know.

Tutak Tutak Tutiya Teaser: Prabhu Deva Is Back With his Movies