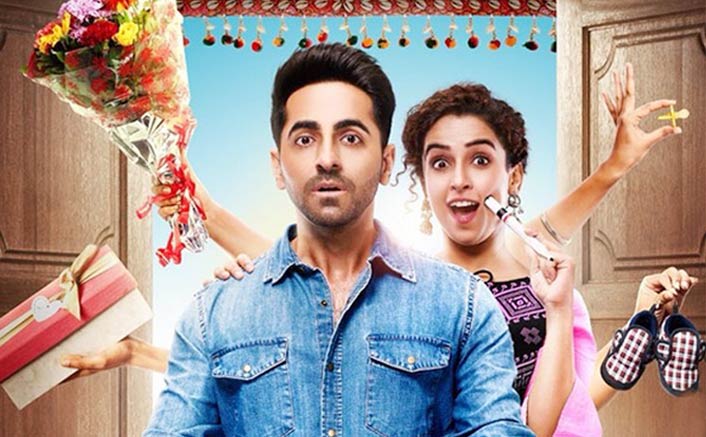 No wonder, Bollywood is evolving with content-driven and brilliantly made films. We must say “Badhaai Ho” kept its promise to entertain us thoroughly. Not only the trailer but also the entire film garnered attention.

The trailer of the film already made clear what should we expect from the film. And the movie delivered the same. Its first half is a laugh riot. The movie revolves around a Kaushik family living in Delhi. Similar to reality, they are also surrounded by nosy neighbors and friends. Mr. Kaushik is a typical middle-class man who loves his wife. All of a sudden, Mr. Kaushik informs everyone that they are expecting a baby. It comes as a shock to everyone but mostly to the elder son Nakul who is in his late 20s.

The story is primarily based on how he has to come to terms with the fact that his parents are sexually active and the idea of a family, even with everything happening in his love life, social life, and family life.

Well, there is no doubt that the best part of the film is its dialogues. The screenplay is also top notch. Moreover, the cinematography is so realistic that it seems like the movie is shot in real locations.

Every cast member’s performance is worth appreciating. As usual, Ayushmann is at the top. Even though this wasn't a role that would test his acting skills, yet he aces it again. There is a scene where he apologizes to Sanya's mother as well as his parents. At that moment, his performance will win your heart.

Besides entertainment, this movie depicts a repressive society through small occurrences, especially where only the woman is “blamed” for the pregnancy. Apart from that, people openly share information and gossip about someone’s private life but also look down upon the most basic and natural phenomenon.

Overall, for this festive season, “Badhaai Ho” is a perfect family entertainer. It is a full-fledged comedy, and every age group is going to like it. Maybe the story has a limited scope, but the detailed writing, some unforgettable performances and the finesse of Sharma’s direction make this film an absolute winner. And here goes to the director, 'Badhaai Ho.'

Katrina, Varun to Grace the Couch on Koffee With Karan Season 6

The Teaser of Vidyut’s Upcoming Flick ‘Junglee’ Will Leave You Thrilled!