Well we know that Akshay Kumar has tasted triumph in the form of ‘Baby’ after a very long time. The former Action Hero lately turned to comic genera to find his lost estate. However, many of his comic flicks worked well on the box office but soon Akshay’s luck once again got him on the tight spot. Well now, if the Khiladi has once managed to woo the audiences with ‘Baby’ then it seems he doesn’t want to fend off from the charm of ‘Baby’.

Varun Dhawan to be a Part of ‘Baby’ Sequel

Wanna know why we are saying so? Well if reports have to be believed then Akshay Kumar and director are on seventh heaven after the success of ‘Baby’ and not just that, they are even planning for the sequel of the movie! Yes, you heard it right! Before even getting down the success of the movie, the duo has started planning about the sequel. 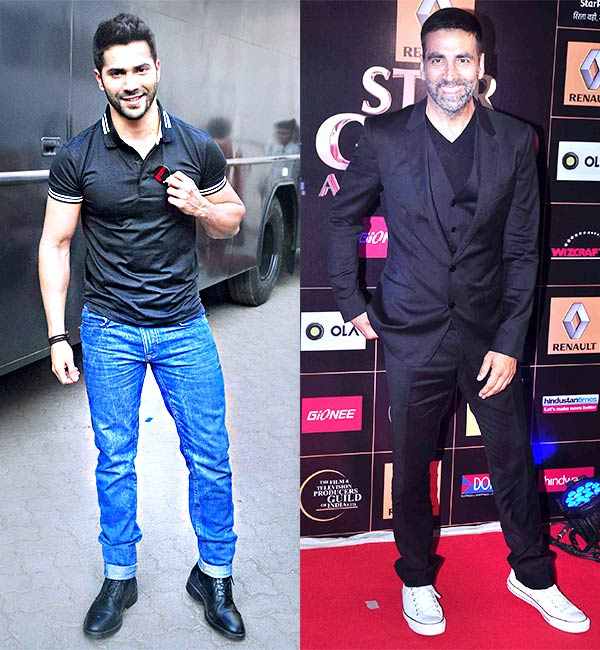 Well as we know, Akshay Kumar has already given a nod for the sequel of the film but the big news is that the ‘Badlapur’ actor Varun Dhawan is being considered for the sequel. Rumors have it that Varun, who has lately finished ‘Badlapur’ could be a part of Baby sequel.

Reportedly, Khiladi Kumar, Akshay himself suggested Varun’s name for the flick. The sequel of ‘Baby’ could release in 26 January  the next year.

Supposedly, director Neeraj who is busy working on MS Dhoni’s biopic with Sushant Singh Rajput, would start working on the sequel soon!

Get more about Varun Dhawan from Bollywood News.