With the revolution in B-town movies, Bollywood controversial movie posters are also getting revolutionized gradually. Once used for the purpose of raising interest in the audiences, nowadays these posters have become the face of the movies as well as a means of stirring controversies.

Here is a look at few posters which grabbed the attention of one and all.

Poonam Padey, the girl who loves to be in news, made her bollywood debut with the much controversial film Nasha. The poster of the movie depicted the actress in intimate postures and even got protested for its high amount of nudity.

You may also like: Bollywood Actresses Before and After Plastic Surgeries

Ekta Kapoor’s, ‘The Dirty Picture’ was a film for which Vidya Balan’s work got a whole lot of appreciation. However the poster of the film grabbed eyeballs, intended for which it even got generated controversies and faced legal issues.

Kurbaan poster which featured Kareena Kapoor displaying her bare back in the arms of her beau Saif Ali captured the attention of the members of Shiv Sena, who objected the poster.

Neha Dhupia is also amongst the actresses who chose to show off their bare back instead of talent for making their film work on big screen. The sensual poster of the movie Julie also couldn’t help the actress to save her film.

The poster of the Hate story also featured the lead flaunting her back with a message.

Ek choti si love story, the film starring Manisha Koirala, grabbed the attention of audiences but for whole lot of bad reasons, amongst which the poster of the movie contributed the most.

A film focusing on a gay love story, could not managed to create an impact on the big screen but its poster managed to stir buzz. 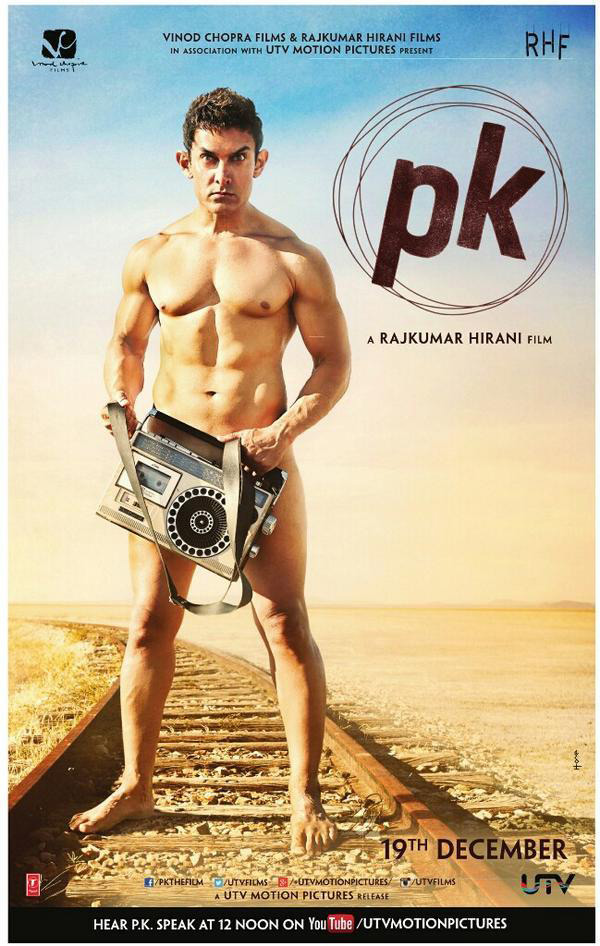 The most recent example of movies with controversial posters is Aamir Khan’s PK in which the actor was seen bare bodied donning only a transistor.