Shahrukh Khan missed Salman’s Arpita’s wedding in Hyderabad on November 18 because of his busy schedule. But he made up his appearance at the Mumbai reception on November 21.

Bollywood Karan Arjun brothers SRK and Salman forget all bad scenes which were running in between them from last 6 years on Arpita’s (wife of Aayush Sharma) Haldi and Mehandi function on November 16.

Shahrukh Khan and Salman Together at Dance Floor

You may also like: Heropanti Actress, Kriti Sanon Next To Shah Rukh Khan in ‘Raees’?

The wedding reception venue was held at the Taj Land’s End Hotel in Mumbai, which was near to Shahrukh’s bungalow Mannat. The VIP guest were Ambanis and Kapoor. Many Bollywood celebs were come in Arpita’s reception Aamir Khan, Katrina Kaif, Priyanka Chopra, Karan Johar are in top of the list. Tennis star Sania Morza and Telugu cine star Ram Charan Teja also there in wedding. 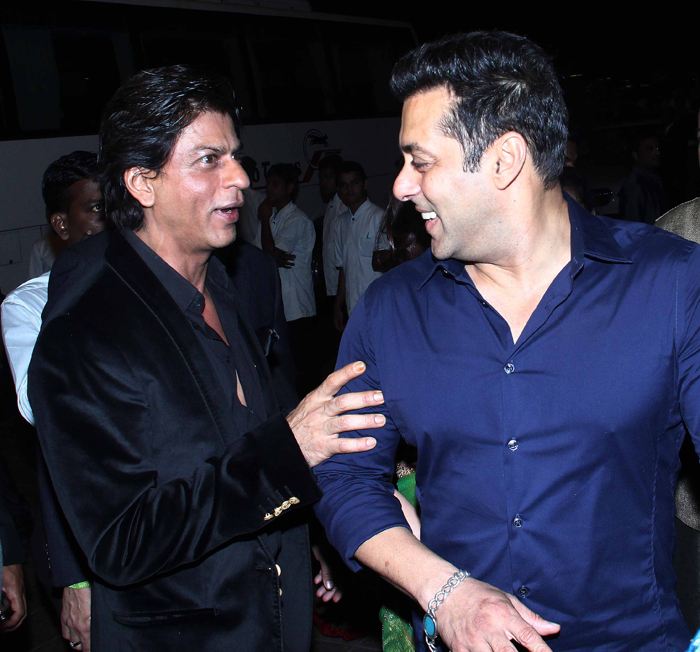 So watch some exclusive pics of Shahrukh and Salman on the dance floor and other functions.