After launching 3rd single release Ayushmann Khurrana is once again all set to work for silver screens.

According to the reports, Bollywood stars Kriti Sanon and Ayushmann has been roped in for Ashwini Iyer Tiwari directorial “Bareilly Ki Barfi”. Apart from these two Rajkumar Rao has also signed the film. 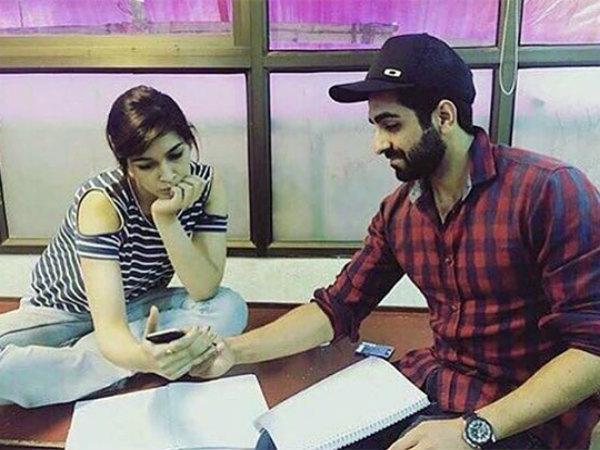 Wow! It would be amazing to see both the fresh pairs on screen together for the first time. Well, any actress who stars with Ayushmann always gained the attraction. Ayushmann has worked with many of the top listed actresses of the time.

He has worked with Yami Gautam in Vicky Donor and with Sonam Kapoor in Khoobsurat.

Every time he had worked with these stars he had gained attention from the audience and this time he will be seen opposite beautiful diva Kriti Sanon. The two stars have already started preparation for the film.

Kapil Chopra when asked about the title he said –

“It’s a fun film. Kriti’s family owns a mithai shop and that’s where the story takes off and hence the title. I always say Kriti is my Bareilly Ki Barfi in the film”.

Kriti Sanon is portraying the character of a UP girl while on the other hand, Ayushmann Khurrana is essaying the role of an owner having a printing press. Rajkumar Rao will be seen playing as an author. Sounds interesting, isn’t it?

Let just wait for the flick to go on the floors, till then you guys watch this space for more Bollywood updates and like us on FB and follow us on twitter for more recent updates in Bollywood.