The anti Pakistani sentiments have been rising after the Uri attack, as a result of which concerts of Pakistani singers Atif Aslam and Shafqat Amanat Ali are cancelled.

The aftermath of Uri attack left 18 of our military personnel dead. The movement for eviction of artists across borders has gained momentum. Protests against Pakistani actors Fawad Khan and Mahira Khan for their Bollywood films Ae Dil Hai Mushkil and Raees respectively are on a shrill. The heat has already been felt by Pakistani musicians.

Concerts of Pakistani Artists Have Been Cancelled

Renowned musicians from Pakistan state Atif Aslam and Shafqat Amanat Ali have cancelled their concerts to be held in India.

Shafqat Amanat Ali’s concert was planned for September 30, 2016 in Bengaluru and Atif Aslam’s concert was to take place on October 15 in Gurgaon. 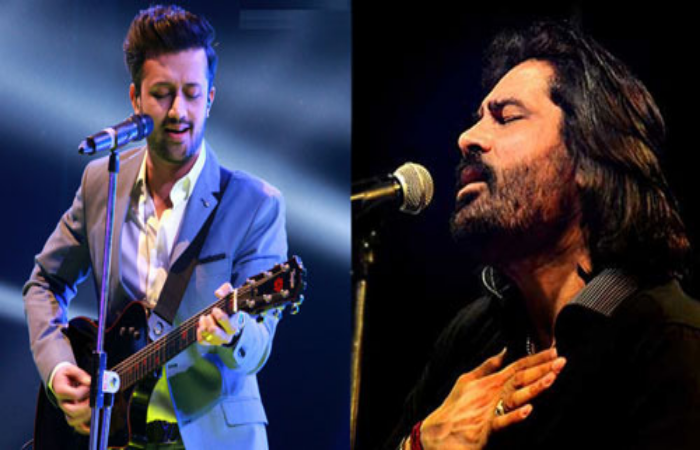 Akhil Bhartiya Hindu Kranti Dal approached TL Satyaprakash, the deputy commissioner of Gurgaon to get the concert cancelled. Taking the law and present situations under consideration, the organizers decided to call off the event.

Recommended: Pakistani Shows To Go Off Air From Zee Zindagi

Similar occurrence happened for Shafqat Amanat Ali’s concert. It came under the fire from the Bajrang Dal and Vishwa Hindu Parishad (VHP). Opponents met the city police commissioner and deferred the concert.

Apparently, Rahat Fateh Ali Khan’s song from TP Agaarwal’s film Laali Ki Shaadi Mein Laddoo Deewana has also been removed. The next version of the song would be recorded by Indian artists.

Let’s see what all changes Bollywood shall be witnessing as a part of the MNS and other association protests with respect to Pakistani talent being an important part of the industry.