Jhalak Dikhhla Jaa 7 has finally Choosen the winner of this season. In the finale, it was very difficult for the judges to select the best amongst, all the top most contestants Karan Tacker, Mouni Roy, Ashish Sharma and Shakti Mohan who are the best dancing stars. And at the last, Ashish beated the other three finalists and won the super finale trophy.

Contestants Sophie Choudhary, Palak and famous TV actors Bharti Singh, Dadi and Guthi – all were present in the JDJ 7 finale show and they entertained the audience with their acts. Also Anil Kapoor came as a special guest and he danced with Madhuri and finalist. 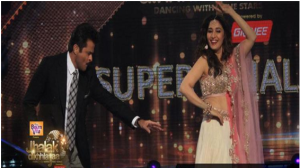 You may also like this: Breaking News: Jhalak Dikhhla Jaa 7 Super Finale Episode

You all are very well to know Ashish, who has the spacious fans following with his character Rudra Pratap Singhin the show “Rangrasiya”.

It was high–octane when Ashish Sharma was crowned with the winner of the JDJ. He won beautiful trophy and Mahindra XUV with prize money of Rs 30 Lakhs.

He impressed the judges with his outstanding performances. Madhuri Dixit, Remo DSouza and Karan Johar said - he really deserved this trophy and they appreciated his hard work and dedication for dance. 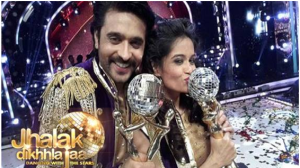 Ashish told PTI after winning the show - “I want to thank my audience who voted for me immensely. I think I survived on the show for so long because of their love. I am happy that I won it because I initially thought I will stay on the show for three weeks,”