Wow!! Isn’t this is a great news? Shahrukh Khan’s eldest son Aryan Khan who is so popular among the media and news-papers is all set to make his Bollywood debut next year.  A while ago when SRK was asked about the debut of Aryan in Bollywood, he answered that his son is all set to join film school first. Well. SRK has not spoke much about his acting skills but it has been rumored that Aryan Khan will be joining film industry as soon he completes his course.

Aryan Khan to be the Part of Dhoom 5 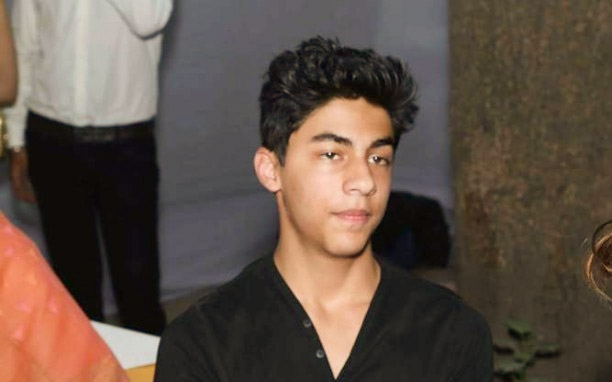 Talking about Dhoom 4 Ranveer Singh and Dabangg Khan aka Sallu Bhai has been roped in for the film and still the casting of the other stars are yet to be finalized. In Dhoom 5 Aryan will be seen doing action scenes. Well, we even don’t know is this is a rumor or truth? Like other star kids viz. Sonam Kapoor, Sonakshi Sinha, Aryan Khan always becomes the topic of the town. Let’s just wait for more updates about the same to be shared, till then watch this space for other Bollywood news.

I show him classics – Falling down, Untouchables, Jaane bhi do Yaaro, Sholay, Devdas. I am showing him because he is going to a film school. My kids are working on my steps because I have studied upto graduation. Acting is something we will see later. They need to study hard.