Reportedly, the B-Town actor has been called up by Mumbai Police for meeting imprisoned gangster Arun Gawli without any prior permission. Arjun Rampal came under the radar of Mumbai police when he visited JJ Hospital to meet under world Don Gawli last month.

Gangster ‘Arun Gawli’ is serving lifetime confinement on the accusation of killing Shiv Sena Corporator ‘Kamlakar Jamsandekar’ in 2008 at Taloja Jail in Mumbai. No one can meet the gangster without court’s permission however Arjun meet him, when he was was brought for routine check-up at the J J Hospital during his custody.

You may also like: Shocking: FIR against ‘AIB Knockout’ Celebs Karan, Ranveer and Arjun 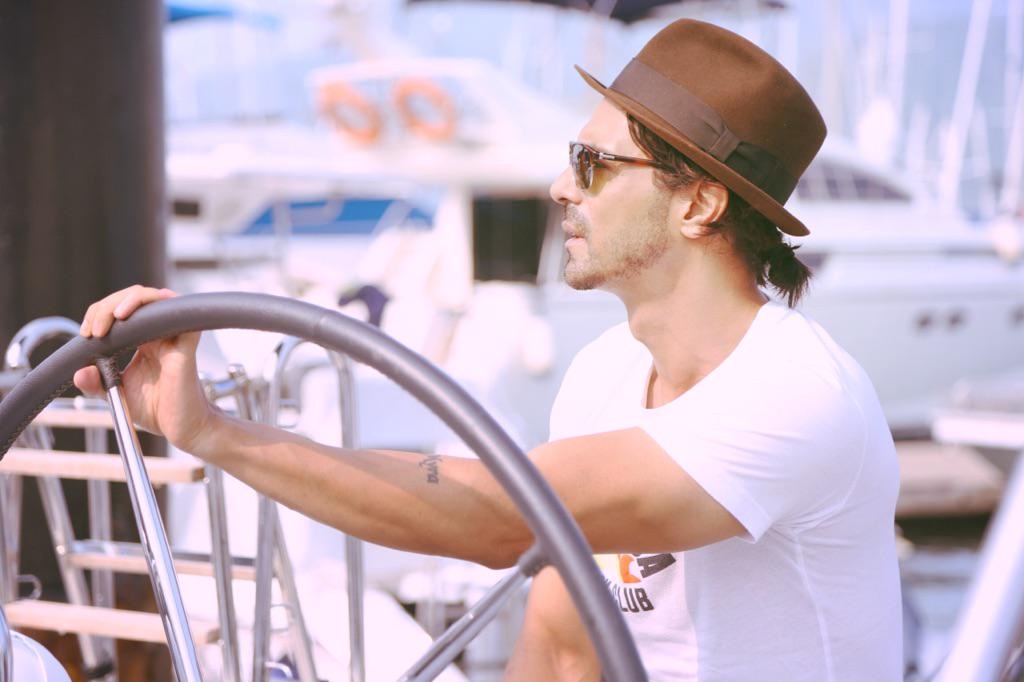 Well don’t be astonished as the handsome hunk Arjun Rampal has no personal connections with Gawli, he met the gangster as he will be playing the role of ‘Arun Gawli’ in his forthcoming flick ‘Daddy’. Mandar Dalvi will produce the political drama ‘Daddy’ and Gaurav Bavdankar will be the director of the movie.

According to reports, actor Arjun Rampal met Arun Gawli to talk about his role in the Gaurav Bavdankar’s drama ‘Daddy’. The story of the movie is based on the real life of Don Arun Gawli.

The actor was with the gangster for at least one hour, without any former consent from the court. According to Mumbai Police, this type of unofficial meeting could result in involuntary harm of life of the actor Arjun Rampal.

Get more updates about actor Arjun Rampal from Bollywood News.

First Leaked Look: Priyanka and Anushka from ‘Dil Dhadakne Do’